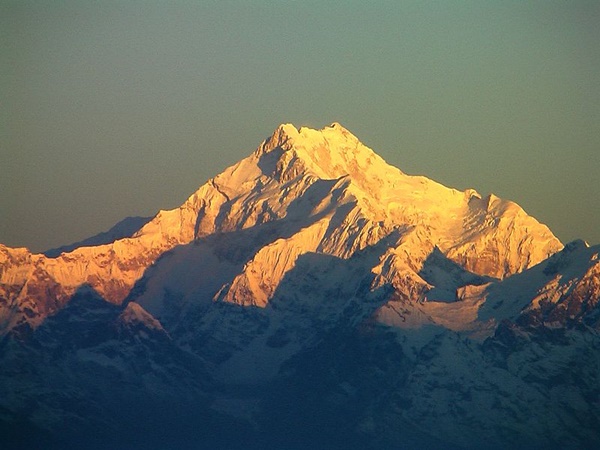 To put it in simple words, Sikkim is literally a heaven on Earth. Quixotic, eternal and beautiful beyond words, you have to witness and experience it to believe it. If a postcard-like scenery, lush mountains and tranquil surroundings is your description of harmony and peace, then Sikkim is just that and beyond it. The splendid landscapes and magical lakes make this place a romantic destination.

Located in the heavenly abode of Sikkim is the Nathang Valley, one of the offbeat destinations for those who like to delve into its raw untouched beauty. The valley is at an elevation of 13,999 ft above the sea level. It is popularly known as 'Ladakh of East India'. This small hamlet is one of the picturesque places located on the Old Silk Route.

Besides the amazing views, the Valley is also known for its splendid sunrise and sunset views at different vantage points. Thambi viewpoint is one such point that provides the best vistas of Kanchenjunga. Lunthung close by to Thambi valley is another region that provides some amazing viewpoints.

How To Reach Nathang Valley

By train: The New Jalpaiguri Train Station is the nearest option. From the station, there are plenty of public and private transport available to reach Nathang.

By road: From Siliguri, one can hire a private vehicle or opt for public transport to reach Nathang. It takes about 7 - 71/2 hours to reach the valley.

Sikkim is an all-around destination. Every season has its unique charm. However, the summer months of April and May is the best time to visit. In this season, the valley is covered with bright colourful blossoms of wildflowers. Heavy rains are a norm from July to September. Avoid this season as there is a possibility of landslides.

October and November are pleasant and the weather is perfect for sightseeing. Winter season is quite extreme. Snowfall is common and the sub-zero temperature is quite predominant during this season. The valley is buried under a thick blanket of snow. So, the Silk Route is shut down from January to March.

Places Of Attractions Around Nathang

This mountain pass is a gateway between China and India. It is open 5 days a week to Indian nationals and is closed on Monday as well as Tuesday. One needs to take prior permission from the tourism office located in Gangtok. The mesmerizing mountain views and brilliant landscapes are the highlights of Nathula Pass.

This temple is a monument devoted to Captain Harbhajan Singh, an Indian soldier. There is a belief that Harbhajan Singh lost his life at this place while defending fellow soldiers.

The lake situated at a high altitude is sheltered between breath-taking mountain peaks. It is nestled amidst unexplored pine forests. The lake is fed by the melted waters from the icy mountains. Winter months are pretty harsh and it is covered with snow from January to May. So, the best time to visit is from June to December.

Changu lake is a glacial lake that is situated at a height of 3780 m. It is considered to be a sacred place in Sikkim. It is also known as ‘Tsomgo' Lake and is oval in shape. It is a major source of rivers such as Rangpo-chu and Lungtze Chu.

The Lungthung village is situated at about 11,500 ft on the hilltop and offers mesmerizing views of Mt. Kanchenjunga and the meandering roads of Zuluk. Thambi viewpoint is about a kilometre from here. In winter season that is from January to April, the entire area is buried in a thick blanket of snow. From July to September, the monsoon works its magic and you can witness exquisite blossoms in the rain-drenched landscapes of the valley.

Located at about 13,025 ft, Yak Golf Course is the highest golf course in the world. It is affiliated to IGU (Indian Golf Union) since 1985. The Saragarhi Cup held in 1979 was the first tournament held at the course. It is clad in snow during winter, when it is used as a ski centre. The water body in the golf course freezes which becomes an ice-hockey field. Golfers can test their skills at higher altitudes from May to December.

Comments
Read more about: sikkim
Other articles published on May 30, 2019