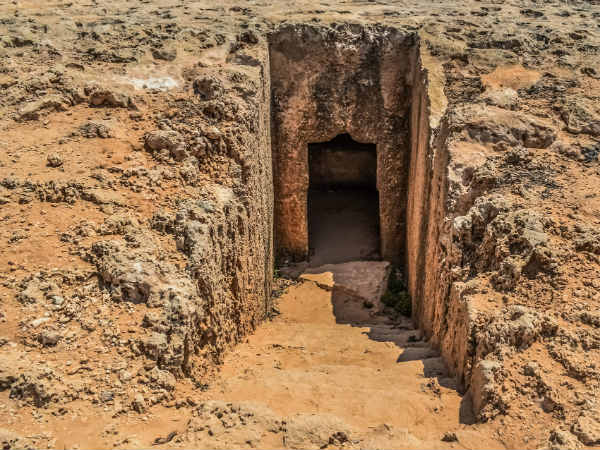 One of the oldest civilisations in the world, the Indus Valley Civilisation dates back to the period before the Common Era more than 2000 years ago. Apart from Ancient Egypt and Mesopotamia, it was the largest civilisation which thrived for more than 1000 years before disappearing due to an unknown reason. Even though we do not have living sources which can prove the age of this vast civilisation, there are still several sites from that era which still narrate their history. The most prominent ones include Harappa, Mohenjo-daro, Dholavira and Rakhigarhi.

However, there are still numerous sites which have been discovered by archaeologists but they are still far away from the eyes of travellers and history lovers. Are you fond of such age-old sites and love exploring their hidden corners? If yes, then you must plan a tour of the following Indus Valley Civilisation sites located in Haryana. Read on to know more about them.

The largest village in Haryana, Sisai is located in the Hisar district and is believed to be one of the significant sites of the Indus Valley Civilisation as several artefacts and ancient relics have been found during excavation here.

Even though this hamlet boasts of its archaeological sites, it is popular amongst locals as a wrestling hub. Hence, its millennium-old sites remain unexplored throughout the year. Do you know Sisai is also one of the few places in the country without any police station?

Well, that speaks a lot about the culture of Sisai. Wouldn't you love to explore this archaeological beauty? It is located at a distance of about 40 km from the main city of Hisar and is easily accessible by road.

Another site tucked away in the unexplored region of Haryana, Kunal is one of the earliest sites of the Indus Valley Civilisation and is believed to have been established around 4000 BCE. It was a small village in comparison to the other sites, such as Harappa and Mohenjo-daro, which were big cities.

However, a lot of artefacts from that period were found during the excavation here. The list includes copper roads, button seals, stone balls, shell bangles, gold ornaments, silver pieces and toy carts. Therefore, it is a must-visit site for every traveller who is looking forward to learning in detail about Indus Valley Civilisation and how it flourished for over 2000 years. Kunal is located at a distance of about 70 km from Hisar and 33 km from Fatehabad city.

Banawali is located in the Fatehabad district of Haryana at a distance of about 15 km from the city centre. Therefore, one can easily access it by road. As per archaeological records, the site of Banawali is said to have been linked with its contemporary, Kalibangan in Rajasthan, as several similarities in the lifestyle of both the settlements were found.

The site is situated on the banks of Sarasvati river and is believed to be a major trade centre in the region. Several objects, such as cooking vessels, painted pots, ovens, golden beads, copper and several others were recovered here.

Can you imagine a civilisation during the period of 7000 BCE? Well, it is certainly hard to figure out the lifestyle and culture of people who were the residents of such an old era. Believe it or not, Bhirrana is said to have been inhabited in between the 8th and 7th millenniums BCE.

The sample of charcoals and other artefacts, such as cooking stoves, found here indicate that this ancient spot of Indus Valley Civilisation is one of the oldest sites in the world. Even though there is not much to find here today, you can still take a stroll over its vast expanse and travel back in time. Bhirrana is located at a distance of about 15 km from Fatehabad and 53 km from Hisar in Haryana.

The site dating back to the Copper Age when the people used to live in mud houses, Siswal is one of the most significant archaeological sites in Haryana and is a must-visit destination for every history lover. As per records, it is said to have been established during the period of 3800 BCE.

The major artefacts found here include pots and jars. It is also one of the few sites in India which sparked the idea of parallel civilisation to that of Harappans. Therefore, it is an important chapter in the evolution of India culture and society.