Must-visit Temples In The Vaishali District Of Bihar 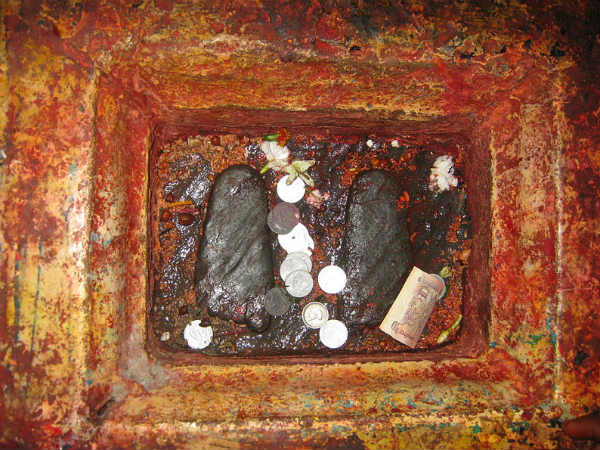 One of the oldest-living places in the world, Vaishali is one of the significant districts in Bihar and has been a centre of Buddhism and Jainism in the past. Such is the importance of this age-old settlement that you can also find several mentions of Vaishali in the epic Mahabharata.

Therefore, over a period of time, it has become a major centre of religious sites and spiritual places in the state of Bihar. Today, it is visited by millions of Hindu devotees, Jain followers and Buddhist monks every year. So, how about visiting this ancient town and exploring its beautiful temples? Read on to know more about the must-visit temples in the Vaishali district.

Budhi Mai is a small hamlet at a distance of about 10 km from Hajipur city and is popular amongst locals for the presence of Budhi Mai Temple, which is dedicated to Goddess Amba, an incarnation of Goddess Parvati. The major festivals celebrated here include Navratri and Dussehra.

Ramchaura Mandir is a must-visit temple in the Vaishali district of Bihar not only on account of its religious significance but also due to its archaeological importance. Situated in the locality of Rambhadra in Hajipur, this ancient temple is said to have been established during the time of Lord Rama, when he passed through this place on his way to Janakpur, thereby, leaving his footprints behind.

The current building of the temple is built on these divine footprints. Hindu devotees from all over the state come to Hajipur to pay their respects to Ramchaura Mandir by witnessing these footprints of Lord Rama. Several objects found during the excavation at this temple are kept inside Patna Museum today. So, what do you think of planning a trip to this interesting temple now?

One of the renowned temples in Vaishali district of Bihar, Pataleshwar Mandir is an ancient temple dedicated to Lord Shiva in the form of a linga and is visited by numerous devotees in the morning everyday. It is believed that the Shivalinga placed inside the sanctum emerged out of soil on its own and since then, it has been considered as a site of religious importance.

According to several locals, Pataleshwar Temple is the residence of Lord Shiva and it is visited by him once a week. The major festivals here include Shivratri, which is celebrated every year during the months of February and March.

Even though the current building of Lal Keshwar Shiv Temple was constructed in the year 2015, it is still believed to have been in existence for centuries. Located at Bagmusha in the city of Hajipur, this beautiful temple is dedicated to Lord Shiva and is visited by several Hindu devotees mostly on Monday, which is considered as the day of Lord Shiva.

As per local legends, it is also believed that if you are within the vicinity of the temple, then you need to pay your respects to the lord or else something inauspicious will happen. The devotional atmosphere and the composed environment of the temple also allure several locals to come and spend a few relaxing hours within its boundaries.

So, if you are looking for a peaceful site where you can dive deep down your conscience and bring the best out of your personality, then Lal Keshwar Shiv Temple is the place you should visit.

Located in the Halebazar locality of Hajipur, Baithakji Hajipur is an old temple and is believed to have been constructed by Gokulnathji several years ago. As the main deity in the temple is Lord Krishna, it is one of the most revered religious sites amongst Vaishnavites, who worship Lord Vishnu and his other incarnations.

Hence, it is one of the most visited temples in Hajipur and is frequented by hundreds of Hindu devotees every week. The major festivals celebrated here include Shri Krishna Janmashtami, which usually falls during the months of August and September.