Must-Visit Places In North India For The Amazing Climate 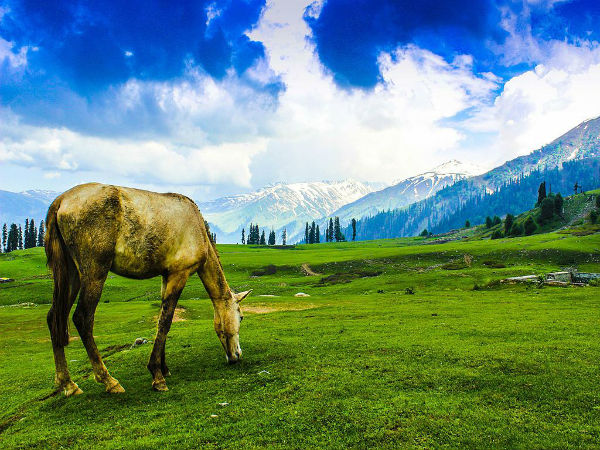 From an amazing climate to yummy food to amazing culture, these places have a charm of their own, which forces people to come and explore them more and more. So start packing your bags and head out to these beautiful holiday destinations in North India.

A scenic hill station located around 117 km from Nainital is Kausani which is located in the Bageshwar district of Uttarakhand. Kausani is placed at an altitude of about 1890 m and sits atop a ridge in the Himalayan ranges, overlooking the Garur and Baijnath Katyuri valleys on one side and the Someshwar Valley on the other.

The hilly retreat also offers beautiful views of the Himalayan peaks of Trishul, Nandadevi and Panchuli. The place is also bound by the rivers of Kosi and Gomti on either sides. For the trekking lovers, Kausani would add an adventurous turn to your stay with the trek to the Pindari Glacier.

The cultural centre of the Kumaon region of Uttarakhand, Almora is a popular hill station which is located around 316 km from Dehradun. At an altitude of 1646 m, the place is also home to some of the popular pilgrimage sites like Nanda Devi and Jageshwar, which are located at a very close proximity. The place also serves as the base camp to many treks like Mornaula, Mukteshwar, Binsar and Ranikhet among others.

Almora is also home to the Binsar Wildlife Sanctuary which attracts a large number of wildlife enthusiasts. The place is also a cantonment town and is home to the Gorkha Rifles battalion.

The exceptional beauty of Gulmarg and its proximity to Srinagar has made it one of the most popular hill stations in India. Originally named as Gaurimarg, the place got its current name of Gulmarg from Sultan Yusuf Shah in the 16th century.

Gulmarg was one of the dearest places to the Mughal emperor Jahangir. He was so attracted to the beauty of this land, that he collected 21 different types of flowers from here as a souvenir. The town is not only a hilly retreat of exceptional beauty but it also stakes claims of having the highest golf course in the world. The place is home to India's premier ski resort which brought the title of heartland of winter sports in India.

Well known as the residence of the Dalai Lama, this Himalayan hill town is located in the Kangra district of Himachal Pradesh. The town gets its name from David McLeod, who was the former Governor of Punjab during the British rule. It is much famed of being the learning centre of Tibetan culture, rituals and Buddhism; the place is also known as Little Lhasa.

McLeod Ganj is home to a large number of Tibetan refugees. Apart from the monasteries, the refugees too have built temples and schools. The place is an ideal destination for trekkers; it has many ancient temples, monasteries and monuments. The Tsuglakhang is the main shrine here which hosts the idols of Sakyamuni Buddha, Avalokitesvara and Padmasambhava.

Majestic mountains, green valleys, windy rivers, orchards and vineyards help you to define the valley of Kinnaur in Himachal Pradesh. Kinnaur shares its border with Tibet and hence one can find the strong influence of Tibetan culture here. Kinnaur is also known as the Land of fairytales and remains snow covered for six months in a year.

Most of the villages in Kinnaur lie at higher altitudes, with some scaling up heights of 4,000 m and every village also has its own guarding deity. Kinnaur and its surrounding valleys are well known for trekking and other adventure sports.

The parikrama of Kinnaur Kailash which is considered as an abode of Lord Shiva is one amongst the popular trails apart from the Bhaba Valley and Sangal Valley treks. Kinnaur and its surrounding areas are believed to be part of the ancient Magadha king and then the Mauryan empire during the 6th century BC.

The place is divided into seven regions which is known as Sat Khund. Many small chiefs or feudal lords in the area fought amongst each other to gain power. The forts of Labrang, Moorang and Kamru stand as evidences of the conflict.