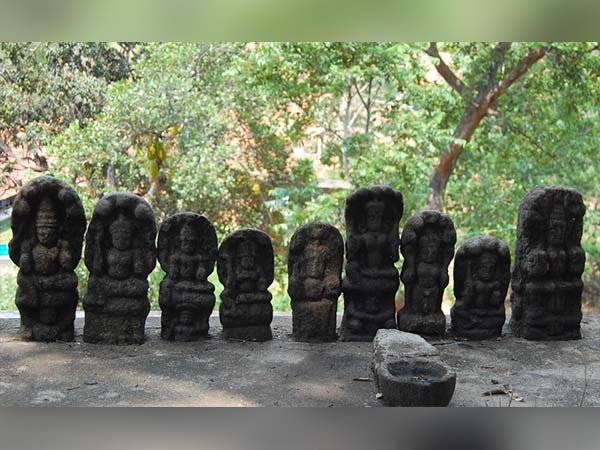 A person is made up of much more than just flesh and bones; there is a lot more to people than just their physical being. Every person has their own ethics, values and beliefs upon which they make the decisions of their life and interact with other people. One such important ingredient that shapes a person is their religion.

Although every religion preaches almost the same path, people following different religions have their own ways of showing devotion. Muslims goes to mosques, Christians goes to church, Buddhists goes to monasteries, Jain goes to temples and so on.

Each of these monuments is adorned with great architectures and sculpture to portray devotion and pay respect to the one who made us all. So, if you are a great fan of religion and architecture, here is a list of some ancient Jain temples in Kerala, which you shouldn't miss in 2018.

Jain Temple in Kidangnand is one amongst those temples which not only hold the stories of gods and goddesses but also of fiery war stories of weapons and armouries. It is one of the oldest temples built in the 13th century. This temple was invaded by Tipu Sultan, one of the most fierce and flamboyant rulers of the Sultan dynasty in the 18th century.

Sultan used this temple as his armoury during his rule. Now, this temple is protected by the government of India under the Archaeological Survey of India. The sculptures and architectures used in this temple give a very vibrant reflection of history, religion and the roots of Jainism in India.

Dedicated to Chandraprabha, a tirthankar of Jainism, Jainimedu Jain Temple is a 15th-century Jain temple located at Jainimedu, which is 3 km away from Palakkad. The beauty and peaceful synergy of the temple is so enchanting that there is a very famous poem titled ‘Veenapoovu' written about it by a Malayalam poet, Kumaranasan.

The prominent attraction of this temple is its grand size and the display of images of Jain tirthankaras and yakshinis. As it is a very old temple, it was in dilapidated condition for many years. However, it has been renovated and is under proper care and maintenance since 2013.

Also known as Puliyarmala Jain Temple, it is located in Puliyarmala, which is at an approximate distance of 6 km from Kalpetta in Wayanad district. This Jain temple is dedicated to the 14th tirthankara of Jainism, Anantnath Swami, and hence, it is named after him.

This is one of the most beautifully sculpted Jain temples that you can find with amazing architecture providing a very peaceful aura to the entire temple complex. You must visit this temple if you desire to explore the beauty of Jainism in Kerala.

Kallil Temple is one of the oldest Jain temples in Kerala with rock-carved sculptures of the 23rd and 24th tirthankaras of Jainism, Parshvanatha and Vardhaman Mahavira respectively, along with the sculptures of Padmavati Devi. A major part of this temple is made up of stone sculptures. "Kallil" in Malayalam stands for "stones".

It is a rock-cut cave temple located in the Thrissur district of Kerala. Under the maintenance of department of archaeology, Trikkur Mahadeva Temple has become a major tourist destination due to its historical significance.

Even though the temple is dedicated to Lord Shiva, it still attracts several Jain and Buddhist monks from all around the state. It is believed that Buddhist and Jain monks used to meditate and reside inside this cave temple along with Hindu monks.

Comments
Read more about: india travel kerala temples thrissur wayanad palakkad kochi
Other articles published on Mar 12, 2018
We use cookies to ensure that we give you the best experience on our website. This includes cookies from third party social media websites and ad networks. Such third party cookies may track your use on Nativeplanet sites for better rendering. Our partners use cookies to ensure we show you advertising that is relevant to you. If you continue without changing your settings, we'll assume that you are happy to receive all cookies on Nativeplanet website. However, you can change your cookie settings at any time. Learn more
Change Settings Continue