Must-visit Hill Stations In Karnataka To Detox Yourself 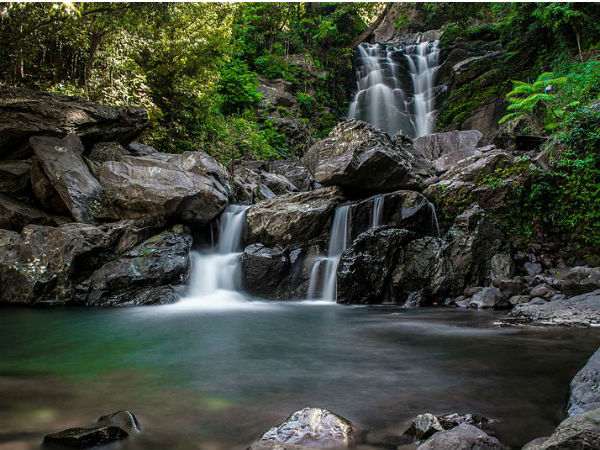 Did you know Karnataka is home to several places in India which can give tough competition to the exotic beauties on a foreign land? If not, then read on to know about the must-visit hill stations in Karnataka where you can detox yourself and feel the essence of stillness in nature amidst harmonious surroundings.

Being home to the Western Ghats, Karnataka is the land of natural marvels in the form of valleys, hills, waterfalls, forests and plains. When there is so much to discover, then why not visit its most beautiful places where one can get into the world of retirement?

Without Coorg, this list is definitely incomplete. Also known as the Scotland of India, Coorg is popular for its coffee estates and its indigenous groups, who have been residing here for centuries.

It is immensely popular and is a most visited hill station in Karnataka; it is definitely a retreat on the eastern slopes of the Western Ghats. Ranging from towering peaks to deep valleys, Coorg has everything that can allure each and every traveller to plan a trip to this exotic location.

Undoubtedly, the rarest of natural beauties dwell in the colourful space of Chikmagalur. It is rightly said that once you have visited the lush greenery in Chikmagalur, you would want to go again to savour its wondrous beauty.

Chikmagalur is famous amongst tourists for its coffee plantations and pleasant weather throughout the year. Filled with certain mountain ranges, such as Kudremukh, and scenic spots, such as lakes and valleys, Chikmagalur is no more a hidden hill station in India. Over a period of time, it has become synonymous to an ultimate summer retreat in Karnataka.

One of the stunning hill stations in the state of Karnataka is Kemmangundi. Unknown to many, Kemmangundi is rich in wildlife and natural vegetation, because of which it is extremely popular amongst offbeat travellers who always look forward to discovering the nascent beauty of nature. Being a part of Chikmagalur district, it is natural for Kemmangundi to flourish incredible landscapes, deep valleys and dense forests.

The major reason behind its fame is the presence of water cascades and striking views of the sunset and sunrise. If you love sitting under the colourful rays of the sun at the time of dusk and experiencing the magical charm of nature, then Kemmangundi should be your next stoppage.

Another must-visit hill station in the lap of Shimoga, Agumbe is the small world of rainforests. Also known as the Cherrapunji of the South, Agumbe is the ultimate destination in Karnataka for photographers and trekkers. On account of its sky-high peaks laden with thick forests through which you can find certain trails ending up at the summit of its mountains, it has become a paradise for trekkers.

Thriving in the western region of the Western Ghats, this ideal destination is home to numerous waterfalls, such as Barkana Falls and Jogigundi Falls. How about getting lost in the fog-filled valleys of Agumbe and listening to the melodious sounds in its forests?

Prospering in the rich fields of the Western Ghats in Shimoga district, Kodachadri is famous amongst tourists for its trekking trails and unblemished atmosphere. Covered with dense forests, this natural wonder has also been declared as a heritage site by the government of Karnataka. Apart from its trekking routes, Kodachadri is also home to rich biodiversity which is scattered across the hills and luxuriant plains in the form of plants and animals.

How about climbing up a hill through evergreen forests, frosty plains and sweet-sounding waterfalls? If you are one amongst those who love to spend time amid natural beauties with a group of friends, then you need to plan a trip to Kodachadri now.

Comments
Read more about: india travel vacation tourism hills karnataka bangalore coorg
Other articles published on Feb 28, 2018
We use cookies to ensure that we give you the best experience on our website. This includes cookies from third party social media websites and ad networks. Such third party cookies may track your use on Nativeplanet sites for better rendering. Our partners use cookies to ensure we show you advertising that is relevant to you. If you continue without changing your settings, we'll assume that you are happy to receive all cookies on Nativeplanet website. However, you can change your cookie settings at any time. Learn more
Change Settings Continue