Must Visit Destinations in India to Wash Your Sins 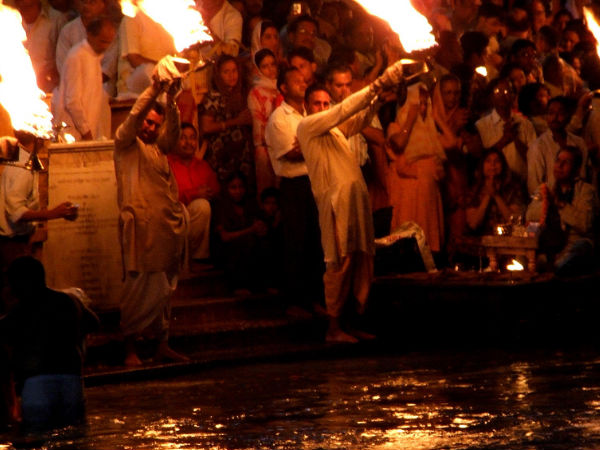 Let's take a look at some of the popular destinations in India to wash your sins away, and help you lead a better life.

Sravanabelagola in Karnataka is one of the most popular Jain pilgrimage sites in the state. Located in Hassan district, the place is located around 160km from Bengaluru. The Gomateswara temple is the major religious attraction here. It is believed that a dip in the holy waters here will wash away your sins.

Haridwar, which literally translates as "The Gateway to the Gods", is located in Uttarakhand. Being one of the seven holy cities in India, Haridwar is considered as one of the most sought after destinations for religious rituals. A dip in 'Har ki pauri' here is considered auspicious. Vaishno Devi Mandir is another religious attraction worth visiting here.

Pushkar Lake in Rajasthan is believed to be sacred, with the powers of freeing you from al your past sins. The lake is loaced in the Ajmer district of Rajasthan. The Hindu scriptures have a mention of this lake as "Tirtha Raj" which means "King of pilgrimage sites".

Devotees taking a dip at Agnitheertham

Ghati Subramanya is a pilgrimage site located around 60km from Bengaluru in Karanataka. The temple here is believed to have powers to wash away your sins of harming or killing snakes.

Papasnanam Beach is located in Varkala of Kerala. This beach sees a lot of devotees who visit the place to take a dip to wash off their sins. The beach is also crowded for religious rituals done for departed souls.

Comments
Read more about: religious travel india travel pushkar rameshwaram haridwar
Other articles published on Aug 2, 2016
We use cookies to ensure that we give you the best experience on our website. This includes cookies from third party social media websites and ad networks. Such third party cookies may track your use on Nativeplanet sites for better rendering. Our partners use cookies to ensure we show you advertising that is relevant to you. If you continue without changing your settings, we'll assume that you are happy to receive all cookies on Nativeplanet website. However, you can change your cookie settings at any time. Learn more
Change Settings Continue