Mountain Railways Of India That Are UNESCO World Heritage Sites 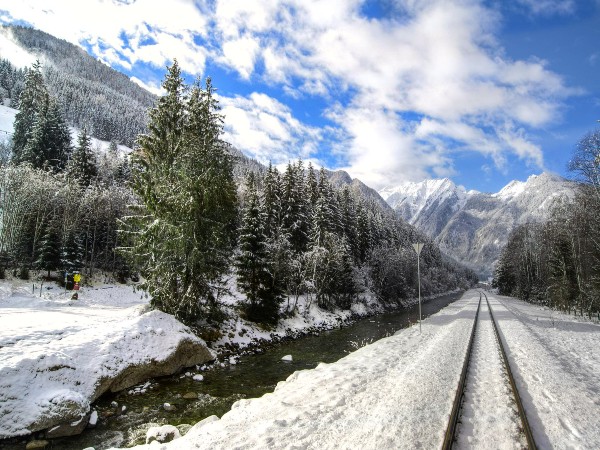 The UNESCO World Heritage Sites are those places that are considered to be of outstanding universal value, according to UNESCO. These sites are protected for their cultural, natural, and/or spiritual significance, which has been determined by the international community as a whole. The sites include religious buildings and structures, archaeological remains and sites, works of art and architecture, and living communities such as villages and towns, districts, and regions.

Today, here we are mentioning the three world-renowned Mountain railways of India that are declared as UNESCO World Heritage Sites under the name 'Mountain Railways of India":

The Darjeeling Himalayan Railway is a railway in the Indian state of West Bengal which is the first hill passenger railway, a 2 feet gauge railway line having a track length of 88 km from New Jalpaiguri to Darjeeling via Siliguri town, Siliguri Junction, Sukna, Rangtong, Tindharia, Gayabari, Mahanadi, Kurseong, Tung, Sonada, Ghum. Often called the "Toy Train" The Darjeeling Himalayan Railway started in 1881 and was declared a UNESCO World Heritage Site in 1999.

The line has been classified as a Heritage Line by the Indian Railways and is one of its most scenic routes and still one of the major tourist attractions. It is one of the most scenic trains in India and gives a feeling of being in another world. The train runs through some beautiful valleys and passes through several small towns like Ghoom, which are located on either side of the mountain ranges. The scenic beauty of this journey can be experienced in its full glory during monsoon when the weather is clear and sunny.

The Nilgiri Mountain Railway is a narrow gauge single-track railway connecting Mettupalayam and Ooty in the Indian state of Tamil Nadu via Kellar, Coonoor, Wellington, and Lovedale having a track length of 46 km. This railway started in 1908 and became UNESCO World Heritage Site in 2005. It travels through 16 tunnels, 208 curves, and 250 bridges. It uses the Alternate Biting System (ABT) normally called the "rack and pinion" rail system which is operated with steam locomotives.

The line is famous for its magnificent views over the rolling hills and valleys of the Western Ghats. The train ride covers some beautiful scenery like valleys, tea plantations, waterfalls, and more. It is one of the most scenic rail journeys in India and offers wonderful views of nature's beauty.

The Kalka Shimla Railway is a narrow gauge railway that ran from Kalka, Haryana to Shimla in the Indian state of Himachal Pradesh. Kalka is located in the foothills of the Himalayas and is a gateway to the scenic Himachal Pradesh. The train track covers a distance of 96.54 km from Kalka to Shimla via Dharmpur Hmchl, Kumarhatti, Barog, Solan, Salogra, Kandaghat, Shoghi, Taradevi, Jutogh, and Summer Hill. Started in 1903, The Kalka Shimla Railway got the status of a UNESCO World Heritage Site in 2008.

The Kalka Shimla Railway is one of the most beautiful railways in India, which makes it one of the best ways to see some of India's most beautiful scenery of the great Himalayas. The train travels through the mountains and valleys of Himachal Pradesh, giving passengers a chance to get a glimpse at some of the most magnificent scenery in India.

The beauty of the mountain railways of India is that they are built to be a part of the environment. They are not just a track that runs from the station to station, but also an ecosystem with elements like grasslands, pine forests, mountains, and water streams. This is something that cannot be said about most other forms of railways. The beauty of this system is also reflected in the passengers who use it. People from different parts of the country come here to enjoy the beauty and mind-blowing views.