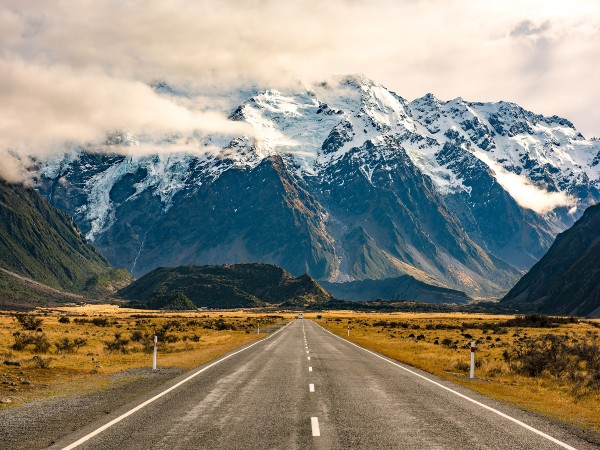 With a massive height of 12,316 feet, Mount Cook is the tallest mountain in New Zealand (3754m). It is a section of the Southern Alps Mountain range, which runs the full length of the South Island. The Southern Alps are home to 22 of New Zealand's tallest mountains. The Māori call the peak Ao-raki, which translates to "cloud piercer." Mount Cook, which is constantly covered in snow and ice, stands in dramatic contrast to the turquoise lakes Pukaki and Tekapo, which are located beneath its eastern flank.

For its remoteness and pristine alpine scenery, Mount Cook is well-known on a global scale. The village of Mount Cook, which is located in one of New Zealand's toughest regions, is at the base of the mountain. It is a cherished retreat. The Southern Alps rip through the sky on each side. The weather is unpredictable year-round, even in the summer. The Mountain is loaded with adventure, nature, and breathtaking panoramic splendor.

The mountain is in the Aoraki/Mount Cook National Park, in the Canterbury region. The park was established in 1953 and along with Westland National Park, Mount Aspiring National Park and Fiordland National Park form one of the UNESCO World Heritage Sites. More than 140 peaks in the park are higher than 2,000 meters (6,600 feet), and 72 identified glaciers make up almost 40% of its 700 square kilometers (170,000 acres).

According to Māori folklore, Aoraki was a young boy who, together with his three brothers, was the son of Rakinui, the Sky Father, Their canoe tipped and became stranded on a reef as they approached the Papatnuku, the Earth Mother. On the upper side of their boat, Aoraki and his brothers ascended. But they were frozen and turned to stone by the south wind. Their prows formed the Marlborough Sounds, and their canoe became Te Waka o Aoraki, the South Island. The tallest peak, Aoraki, rose to become the highest mountain, and his brothers formed the Southern Alps.

The Maori initially referred to Mount Cook as Aoraki. Later, Mt. Cook was given to it by European immigrants. To honor its Maori ancestry, the mountain was renamed Aoraki/Mt Cook in 1998. Aoraki/Mt Cook rises tall and strong amid the Aoraki Mt Cook National Park, steeped in tradition and history.

The mountain itself rises to a remarkable 3,754 meters in height. It has been climbed multiple times by various mountaineers, including the renowned Sir Edmund Hillary. On Christmas Day 1894, Tom Fyfe, Jack Clarke, and George Graham made the first ascent of Mount Cook.

Emmeline Freda Du Faur climbed Mount Cook on December 3rd, 1910, and became the first woman to climb Mt Cook. She made the ascent at the time's fastest speed as well.
Sir Edmund Hillary, the most well-known mountaineer in New Zealand, and Harry Ayres completed the first ascent up the difficult south ridge on the south peak in 1949. Additionally, they finished the grand trek. A statue of Sir Edmund Hillary made of bronze that faces the mountains he scaled was inaugurated on May 29, 2003, in front of The Hermitage on Mount Cook.

How to reach Mt Cook:

Located 7.5 miles (12 kilometers) from the peak lies Mt. Cook Village, popularly known as "The Hermitage." It is roughly a 3.5-hour journey from Queenstown via Lindis Pass and a 4.5-hour drive from Christchurch via Burkes Pass. This location is a popular base for mountain climbers and visitors. Many times, travelers are taken directly to hotels via one-way coach transportation.