Nativeplanet
»
Travel guide
»Most Visited Wildlife Sanctuaries Of India In 2017

Most Visited Wildlife Sanctuaries Of India In 2017 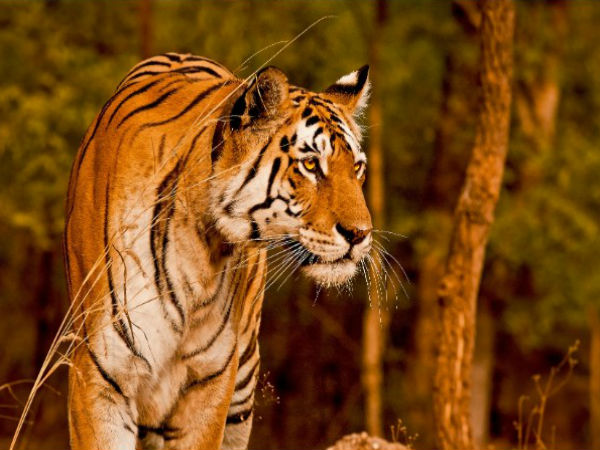 Exploring the beauty of wildlife sanctuaries in India has its own charm. Watching beasts or other inhabitants of the jungle in their natural habitats is always something that would cast a magical spell on you and always turns out to be a very speculating experience.

Wildlife sanctuaries in India have always been extremely successful when it comes to conservation of wildlife species in the country. These sanctuaries are some of the best places to capture the imposing beauty of the forests and their endless range of wildlife, which attract more and more visitors throughout the year.

One of the most visited national parks in the country, Ranthambore in Rajasthan takes its pride for being the abode of the majestic tigers. The national park is surrounded by the rivers of Banas and Chambal and hence, serve as an ideal home for the predators and various other animals of the region. Apart from tigers, one would come across leopard, nilgai, sambar, hyena and wild boar in this park.

The Bandipur National Park is one of the most popular national parks in South India. The region is the natural habitat of Asian elephants and to a number of endangered species.

Located amidst the lush-green forests of the Deccan Plateau in the Western Ghats, the national park undoubtedly is one of the most beautiful parks in the country.

Located in the Alwar district of Rajasthan, Sariska National Park was declared as a wildlife reserve in the year 1955 and as a tiger reserve in 1978.

The national park holds the distinction of being the first national park in the world to have successfully adapted by the royal Bengal tigers as their natural habitat. Leopard, jungle cat and golden jackal are some of the species found here.

It is a known fact that Kaziranga National Park is the only natural habitat of the endangered one-horned rhino, not only in India but also across the globe.

The national park is one of the largest wildlife sanctuaries for one to explore in the north-east region of India. The park is also well known for its large number of tigers and other wildlife species; it has also been declared as a tiger reserve in the year 2006.

Wrapped by both dry and moist deciduous forests along with semi-evergreen forests is the Bhadra Wildlife Sanctuary. The sanctuary is a must visit for those who would love to experience and admire the wilderness and miracles of nature at their best.

The place is very popular amongst nature lovers and photographers. One would encounter quite a number of animals like the bison, gaur, leopard, etc. Apart from animals, the place is also the abode of a larger number of birds and snakes.

A visit to the Pench National Park in Madhya Pradesh would transport you to the world of Mowgli. Rudyard Kipling's The Jungle Book is based on the natural surroundings of this national park and hence, it is one of the most loved ones as well.

While the tigers are the most dominant species of the park, barking deer, wild dog, sloth bear and leopard are some of the other attractions here. The park is also home to 170 odd species of birds, which makes it one of the best places for birdwatchers.

Located in the Kundali Hills of the Sahyadri ranges, the Silent Valley National Park is one of the popular wildlife sanctuaries in Kerala.

The national park comprises of reserve forests of the Nilgiris, Nilambur, Palghat and Attappadi regions, which makes it a panoramic sight to experience. The sanctuary is blessed with a wide variety of flora and fauna.

Located on the foothills of the Himalayas, Rajaji National Park is a fine example of heaven on earth and is one amongst the most beautiful wildlife sanctuaries of India. The beauty of the wild along with a pleasant climatic condition makes the place a much-loved getaway, attracting countless travellers.

One would witness about 49 odd species of mammals from Asian elephants to the Rhesus macaques here along with a sizable avian population as well.