Most-Visited Hill Stations In India In 2017 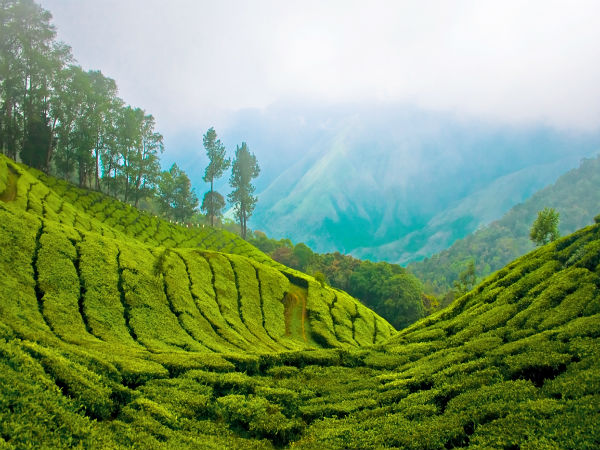 India has always fascinated countless number of people from across the globe. It is a country which is home to multiple religions. The land is very diverse and is home to over a billion people who speak more than 700 languages and sync together, which leads to the prosperity of the nation. There are countless tourist destinations in the country.

The hills have been always successful of holding up the century old traditions and culture which have prospered the lives of the people. India is dotted with some beautiful hills across the country starting from Jammu and Kashmir to Tamil Nadu with over 20 odd mountain ranges.

Located in the Kumaon region in the state of Uttarakhand, surrounding the volcanic lake of Naini, Nainital is worshipped by countless people and is often called the Lake district of India.

The hilly retreat is a destination which is meant for all, whether you are looking forward for a perfect family outing or romantic escape. The place is well connected to major towns and cities, and offers a rejuvenating experience for one's body and soul.

Bordered by lofty mountains and filled by Deodar and Cedar forests, this beautiful hilly retreat is one of the most popular hill stations in the country. Dharamshala is located at an altitude of about 1487 m in the Kangra Valley of Himachal Pradesh and is also the abode of His Holiness, the Dalai Lama.

The city is divided into two parts, namely Dharamshala and Mcleodganj which are separated by the hamlet Ganchen Kyishong. The hill station has managed to grab the attention of a large number of tourists due to its peaceful environment and scenic beauty.

Located at an elevation of about 2500 m, Auli is a hill station which attracts tourists equally during the summers and winters. The place becomes a meadow in summer and is covered by snow during winter, making it a destination for winter sport lovers.

An upcoming skiing destination in India due to its gradient slopes, along with adventure, the environment of Auli is also equally filled with spirituality.

Being the lone hill station of Rajasthan, the place is also the summer capital of the state. Mount Abu is well known across the globe for the Dilwara Jain Temples; the place also offers plenty of beautiful sunset viewpoints.

With a close proximity to the state of Gujarat, one would come across a good variety of Rajasthani and Gujarati handlooms, artifacts, food and many more things.

One of the most popular hill stations in the state of Maharashtra, Panchgani is surrounded by 5 hills which contribute to its name. The hill station is a marvellous location, where one would come across a number of Colonial and Parsi homes.

The prime attraction of the place is the sight of river Krishna from tableland which is a flat mountain range that offers marvellous views of the river flowing below and the entire surroundings.

The valley of Araku lies in Vishakhapatnam; the valley casts a magical spell on you from the moment you take the road which leads to Araku through the dense forests.

The hill station showcases a very calm environment which would help one take away all the stress. With a number of trekking trails, and waterfalls the trail to Sangda Waterfall is one of the most beautiful ones which you would come across.

Fondly called the Scotland of India, Coorg in Karnataka is well known for its coffee estates, spice plantations and unique cultures of the Kodava people.

One of the most-visited hill stations for the folks from Bengaluru due to its proximity, the place is also home to a large number of trekking routes and is a favourite spot amongst nature lovers.

Ooty or Ootacamund is a major hill station in the Nilgiris. The place is well known for is picturesque spots, but the main attraction here remains the long stretch of tea gardens.

Whether you are a kid or an adult, the toy train ride here is a must do, as it slowly makes its way through the beautiful topography of the Nilgiris.

Munnar is one place which is well known for its well protected natural beauty of virgin forests. The environment and climate of Munnar is very pleasant and compels one to just chill and relax in the laid back atmosphere.

One would come across a large number of waterfalls, coffee gardens and beautiful valleys where one can stroll through and have the time of one's life.

Idukki is a hill station which is well known for its exotic flora and fauna and is home to quite a number of well-protected sanctuaries.

The place is famous for the Periyar Tiger Reserve, where one would come across quite a number of animals in their natural habitat.Apart from wildlife the place is also known for its peaceful and quiet atmosphere which provides a relaxing experience.