Most Interesting Facts About Kullu Dussehra 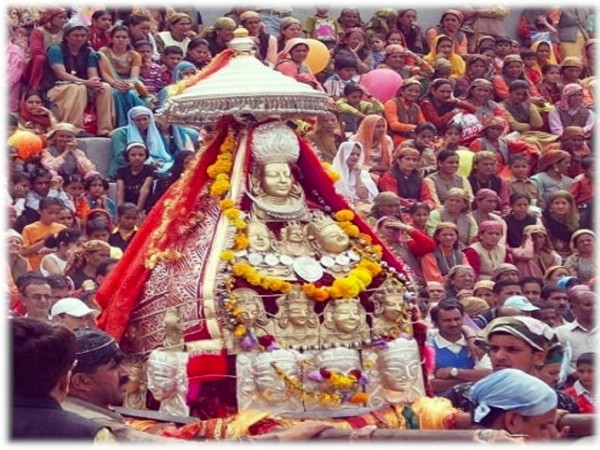 One of the most spectacular festivals celebrated in Kullu Valley is Kullu Dussehra, a well-known International Mega Dussehra festival celebrated in October in the Himachal Pradesh state of northern India.

The celebration of Dussehra is eagerly anticipated and celebrated in the Kullu valley. A procession of Lord Raghunath and other gods is brought through the town on a Ratha to start this seven-day celebration. This ceremony also includes participation from the local gods and minor deities.

Here are some interesting facts about Kullu Dussehra:

1) The Lord Raghunath Idol was transported to Kullu in the year 1651 when the local king, Jagat Singh, set an idol of Lord Raghunath on his throne on the suggestion of a Brahmin to lift his curse, after stealing it from Lord Rama's realm, Ayodhya.

2) Kullu Dussehra is thought to draw somewhere between 5 and 7 lakh visitors annually.

3) At Kullu, Dussehra begins on the first day of "Vijay Dashmi," or the tenth day of the rising moon, and lasts for seven days. It is observed at the Kullu valley's Dhalpur Maidan.

4) In contrast to the rest of India, which begins celebrating Dussehra after the nine days of Navratri are over, Kullu Dussehra begins on the tenth day immediately. This includes the invitation, the Rath Yatra, and the Royal assembly.

6) The largest folk dance in the world, Kullu Natti, is listed in the Guinness Book of World Records. The mega "Nati" was primarily attended by girls and the event was run under the banner of "Beti Hai Anmol." DC Mr. Kanwar then disclosed that around 13,000 women had taken part in the event.

7) You'll be surprised to learn that Ravana's dummy is not burned here. On the final day, believers gather a pile of wood and set it on fire as a representation of destroying and burning Lanka, the residence of Ravana.

8) There is more to learn about Kullu Dussehra than just the Rath Yatra. Shopping, eating your favorite snack, and relaxing with friends or family are all possible here. The celebration lasts for seven days, and there are various stalls set up in each of Dhalpur's four main venues.