Nativeplanet
»
Travel guide
»Most Interesting Facts About Italy With an Explanation

Most Interesting Facts About Italy With an Explanation 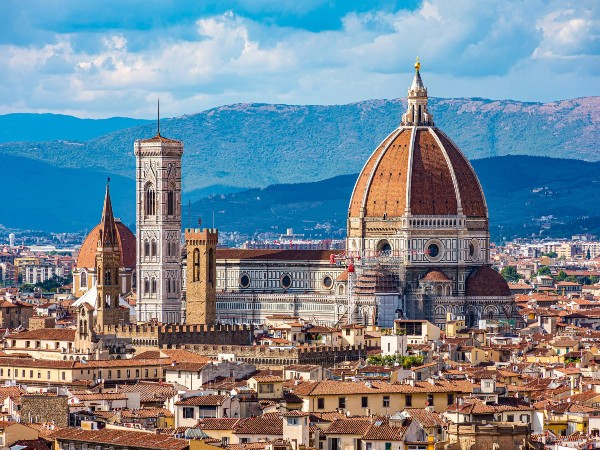 Italy has a rich history, scrumptious food, iconic scenery, exceptional wine, and a thriving Italian culture. With good reason, Italy is one of the most traveled nations in Europe. There is a lot to see and do from the cuisine to the fashion to the culture.

It is undeniable that Italy is a fascinating nation. Italy is unlike any other nation in the world. Having said that, did you know that Italy has some astounding facts that are just as fascinating as the country itself?

Here is the list of Most Interesting Facts About Italy With an Explanation:

1) There is a fountain in Italy that provides free red wine 24/7:

There are fountains all around the world that constantly dispense water, but there is only one that continuously serves red wine. Yes, there is a red wine-squirting fountain that is open every day in Caldari, a municipality in the Abruzzo region of Italy.

2) A nation that has a large number of UNESCO World Heritage Sites:

3) There's a lot of money in the Trevi Fountain:

Of course, to prevent theft, city workers collect these coins every day. After that, they are donated to charitable organizations.

4) Italy is home to the tiniest nation on earth:

Italy is so magnificent that it has two additional nations within its boundaries. San Marino, the first, is a tiny country, and Vatican City, the second, is much smaller. Vatican City is the smallest autonomous state in the world, at 0.44 square kilometers. One of the tiniest nations in the world, San Marino is a microstate that is only 61.2 square kilometers in size.

5) The entire city of Venice, Italy, is built on water:

There are no roads there. It has been estimated that Venice has at least 160 canals.Even while the city's two largest canals, the "Canale Grande" and "Canale della Guidecca," are much deeper, measuring 5 meters and 15 meters deep respectively, the majority of them are extremely deep, measuring around 2 meters.

6) Italian cheeses are the most diverse in the world:

In Italy, there are a whopping 2,500 different varieties of cheese. There are 500 recognized commercially, 52 of which are "protected." Parmigiano Reggiano, gorgonzola, mozzarella, and ricotta must be the most well-known, but there are thousands more.

The average Italian consumes more than 23 kg (51 pounds) of pasta annually, according to some studies. When compared to the average amount in other countries, 23 kg of pasta is a significant amount. In fact, each person consumes an average of 8kg of pasta annually in the United States and France. But Italians love pasta like nothing else.