Holi Special: 10 Most Colourful Places In India in 2021 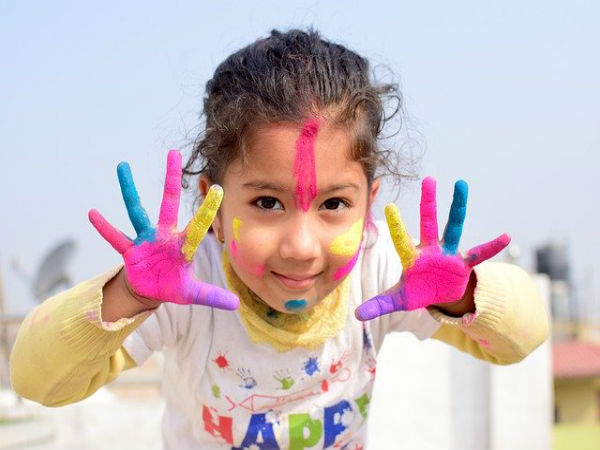 India is full of colourful and beautiful places that most of us don't even know about. From Snow-clad mountains and waterfalls to temples and iconic landmarks, you're never short on things to see or do in India.

Shortlisting the 10 most colourful places in India is certainly not easy, and visiting all those colourful places, that this mystical land has to offer could take a lifetime, possibly more. However, we've shortlisted a few attractions that should always be close to the top of your bucket list, for each place is an experience to be savoured, a moment you're sure to cherish throughout your life.

Traditional and loud, Jaipur (pink city) lives life in technicolour. Nothing about Rajasthan's capital is subtle, and that's why we love it! From the multi-coloured facades of the famous Hawa Mahal to the archaic City Palace, Jaipur is a sizzling riot of colour and history.

Not far from Jaipur, this famous blue city, Jodhpur has one heck of a story. Rumour has it that the tradition picked up after the upper caste Brahmins began to paint their houses with blue colour to differentiate themselves from the others; however, it is now an Instagram sensation.

Both multi-cultural and multi-coloured, Kutch is one of Gujarat's most enthralling districts. Kutch is home to a large stretch of the white desert. And these white desert are known to be the venue to host Rann Utsav, from November to February, every year, showcasing mind-blowing cultural traits, and awe-inspiring history.

If you're planning a stopover in Chennai, don't just stick to exploring its cuisine. If you can tear yourself away from rooftop pubs and glitzy bars, head to some of the ancient temples located in Chennai and prepare to be bowled over. Chennai boasts of the rainbow jumble of temples, bright architecture and intricate sculptures. Just remember to bring sunglasses along!

This tiny traditional hamlet, about 7 hours from Chennai by road, is filled with colour and charm. Here, every temple has been painted with a mixture of bright colours and adorned with numerous colourful figures that bring a psychedelic mantle to the complex. Once you've wandered between the ancient streets of Madurai, head for rainbow-painted Meenakshi Amman Temple and watch the world go by. It's all pretty eye-popping!

Colours and rainbows are not restricted to above sea-level. Far from it. Off the coast of Andaman and Nicobar Islands, the extraordinary coral reef ecosystem attracts tens and thousands of people from across the globe. If you grab a snorkel and pop-under the surface, you'll find an underwater rainbow made up of over 600 types of soft and hard coral. On top of that, colourful shoals of fish and marine creatures weave between the coral, making it simply unforgettable.

Pondicherry boasting old French architecture is as pretty as a pastel-hued picture. The roadways are lined with vividly painted houses, which are, in turn, draped with creepers and climbers. Against this backdrop, a scenic view of the azure sea adds more colour to the beautiful city.

Getting to Leh and Ladakh may demand considerably more effort than most places on this list, but the reward is well worth the trip. On the way to Leh and Ladakh, 4,000 metres above sea level, you'll be greeted by a reception of rainbow player flags fluttering amidst the snow-capped Himalayas. The classic monasteries and synagogues are decked along the way. If you've got the legs (and the lungs), it's a stunner.

Valley of Flowers National Park in Uttarakhand is something that has to be seen to be believed. Sitting at a height of over 3,500 metres, it is a gorgeous natural wonder. It was discovered in 1931 by British mountaineers and its diversity is astounding with flowers of yellow, blush pink, turquoise and burgundy, making this valley like no other.

There's a whole lot more to Maharasthra than beaches and Bollywood. If you venture inland towards the confluence of the river Krishna and its tributary, the Venna, you'll soon stumble across the incredible Kaas Plateau. This plateau is abode to 850 dissimilar species of flowers. The rainbow-effect is most powerful at sunrise, so get up at the crack of dawn, grab a cup of coffee and watch the waves of colour complimenting each other.