Nativeplanet
»
Travel guide
»Most Beautiful Places Of Worship In India

Most Beautiful Places Of Worship In India 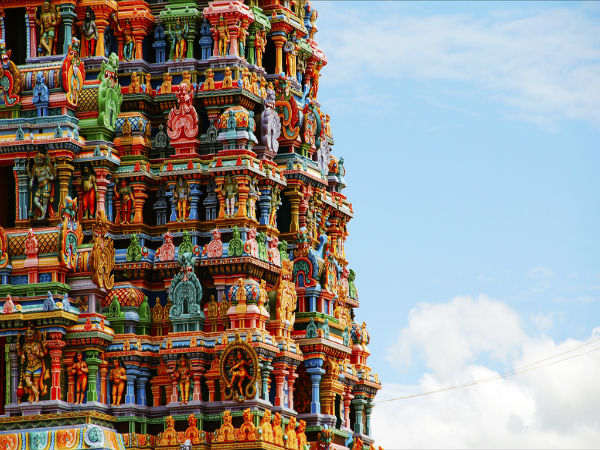 India is well known for being a secular country and is home to not just one or two religions but many, which coexist in peace and harmony and gives the country the title of Land of Faith. Trek through its majestic mountains and experience a very divine feeling while finding your way through the serpentine alleys, in which you would come across a combination of spirituality with history, welcoming you with open hands.

The godly soil of the land keeps you in touch with a supreme power, constantly, who dwells here in different forms and is known by different names. The presence of a large number of temples, mosques, gurudwaras, churches, monasteries, etc. urges every individual to visit the land which gives out spiritual rejuvenation in abundance and stands as a fine example of being united even in its diversity. Take a look at some of the most beautiful places of worship in the country and head to one of them.

Harmandir Sahib is the most important pilgrimage site for the followers of Sikhism. The shrine houses the Guru Granth Sahib and is located in the middle of a pool known as the Amrit Sarovar. The shrine is open to all irrespective of their religion, caste, sex or social status; the structure showcases a square plan with four entrances and has a circumambulation path around the pool.

The temple was rebuilt many times after it was destroyed repeatedly by Muslim invaders from Afghanistan and the Mughal Empire. The temple rebuilt to its current state after Operation Blue Star in the year 1984 and continues to remain strong from then on.

The Sun Temple at Konark is a 13th century shrine dedicated to the sun god and is said to be built by the king Narasimhadeva, who belonged to the Eastern Ganga dynasty. The structure is constructed in the shape of a chariot, which showcases grand stone wheels, pillars and walls all with elaborate carvings. At present, most parts of this once grand structure are in ruins and the structure has been declared a UNESCO World Heritage Site, apart from being considered one of the Seven Wonders of India.

The temple is also known as the Black Pagoda by the European sailors and the Jagannath Temple at Puri as the White Pagoda; both these structures served as important landmarks to the sailors.

Dedicated to Lord Shiva, Vadakkunnathan Temple in Thrissur is a perfect example which depicts the Kerala style of architecture. The exact date the shrine was built and person who built this grand shrine still remains unknown. With four gopurams, the temple is well known for its rare temple murals and is truly an architectural marvel not to be missed.

The world famous, Thrissur Pooram is held in the premises of this very temple, but an interesting factor is that Vadakkunnathan is not a participant in this festival and is only a mere spectator of one of the most vibrant temple festivals of Kerala.

Dedicated to Our Lady Of Good Health, the Velankanni Church or The Basilica of Our Lady of Good Health attracts a large number of followers from across the globe. Built in the 16th century, the shrine underwent numerous renovations and the beautiful Gothic structure what one sees now was opened to public in the year 1975. Mother Mary here is fondly called Arokya Matha and is well known for the large number of miracles which have been witnessed here by the devotees.

Located on the banks of the Vaigai river, the ancient shrine is the abode of Goddess Meenakshi and is said to have been built sometime between 1623-1655 CE. The temple is well known for its beautiful multihued gopurams, which scale huge heights. The temple complex in total has 14 gopurams out which the southern one is considered to be the tallest, measuring to a height of 51.9 m. Apart from this, the temple is known for the sculptures around it, which is estimated to be around 33,000 of them across the entire complex.