Visit Malda To Experience The Footprints Of Generations 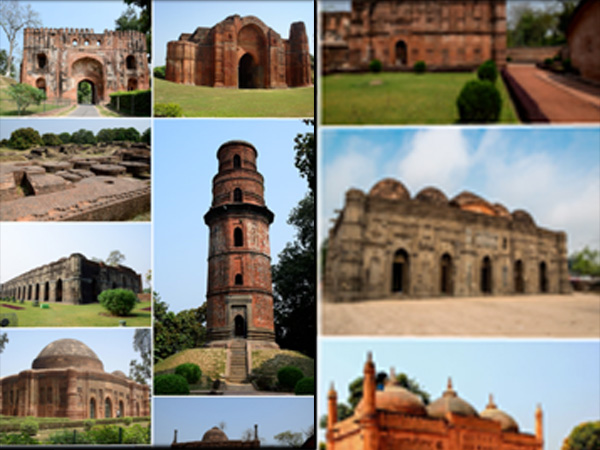 Over thousands of years of Indian history, many cities and towns have passed on the baton to represent India. And Malda, once a cultural capital of India, illuminated India like no other city. Malda has Indian history written into every streets and corner of the town, and the story each of the historical ruins in Malda tell, is of historical significance.

Situated at the confluence of the rivers Mahanadi and Kalindi, Malda is located about 350 km from Kolkata, in the interiors of West Bengal. Besides its rich Indian history and heritage, Malda is also known for mango orchards, silk, jute and mulberry plantations.

By air: The nearest airport is the Netaji Subhash Chandra Bose International Airport, and it is located about 360 km away from Malda. Cabs and buses are readily available for a drive down to Malda which is about 7-8 hour drive.

By train: Malda Railway station is located in the centre of the town and has excellent connectivity, not just with nearby places like Kolkata, but also to other major cities in India.

By road: Malda has easy road access. And roadways are well connected to other major cities in India. Frequent buses can be availed from Kolkata, Patna and Bhubaneshwar, to name a few.

Winter is the best season to visit Malda, i.e., from October to January. Summers are hot and overwhelming, and monsoon brings in a lot of rain. Therefore, neither Summer nor Monsoon is a good time to visit Malda. During winters, the weather remains pleasant and provides favourable conditions to tourists for sightseeing.

Places To Visit & Things To Do In Malda

1. Explore the ruins of Dakhil Darwaza

2. Experience of Indian Culture and Heritage at Gour

3. Visit ancient mosques in Malda to know your roots

4. Inspire and educate yourself about ancient Indian history at Malda Museum

Malda Museum is located off Bandh Road and is the abode to many artefacts dating back to 15th century. From paintings to religious tablets, it archives the best of Indian literature and history. While you are in Malda, visit the Malda Museum to know in detail how West Bengal transformed into what it is today.

5. Offer your thoughts and prayers at Jauhra Kali

Amid manymosques and muslim relics, there also lies a famous Hindu Temple called the Jauhra Kali. Beautiful trees surround it and boast a resting and garden area in its vicinity. Rumour has it that, the temple has the mystic power to help your wish come true. So, offer your prayers at Jauhra Kali and wait for the miracle to come about. And besides its spiritual prominence, the fascinating architecture of the temple is sure to catch your eye.