Varamahalakshmi Festival 2020: Mahalakshmi At Kolhapur - History, Legends And How To Reach 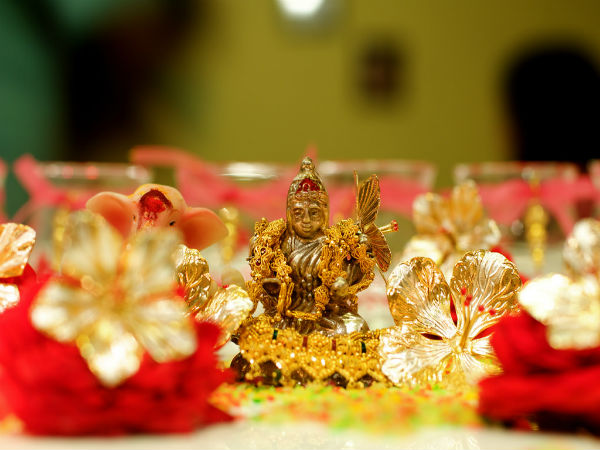 Considered as one of the 108 Shakti Peethas in the country, the much-renowned Shri Mahalakshmi Temple at Kolhapur is also known as Ambabai. The shrine holds a special religious importance and is considered as the place where Shakti manifests; it is also one amongst the six holy houses of Shakti, where devotees can either be freed from or granted their desires.

The shrine is located on the banks of the Panchganga river and is located 140 km away from Pune. Here, one can find Goddess Lakshmi with four arms decked in all finery; she is fondly called Amba Bai. It is believed that the holy couple, Lakshmi and Maha Vishnu, reside together here which makes the place all the more powerful and popular.

The exact date of when the temple was first constructed is a highly disputed topic; going by the architecture of the shrine, it showcases the influence of the Chalukya Empire; the shrine dates back to the 7th century and fell into ruins.

Later in 109 AD, Karnadeo is said to have cleared off a jungle which led to rediscovery of the shrine. Sometime in the 8th century, the temple fell down due to an earthquake and underwent renovations in the 9th century under the patronage of the king during that time, who further extended the temple by adding the shrine of Mahakali.

During 1178-1209, a Yadav king named Tolum constructed the Mahadwar and donated jewels to the deity. Later on, the rulers of Shilahara dynasty constructed a shrine dedicated to Saraswathi Devi and carved 64 idols around the complex. Further, the Chalukyas installed Ganapathi and renovated the shrine. According to historians, the original shrine must have been a Jain shrine, which was constructed by a king named Padmalayan.

According to legends, Sage Bhrigu had a doubt-who is the most superior amongst the Trimurtis? For which he first approached Brahma, who did not welcome him in a respected manner; Saraswati had to pacific the sage, but in return he cursed Brahma saying that he would never have a temple.

His next stop was Kailash the abode of Lord Shiva, where he was stopped by Nandi even before he could meet him. Nandi justifies his act by saying that the lord and his consort were having their private time; angered again, he curses Shiva saying he would be worshipped in the form of a linga forever.

The sage's last stop was Vaikuntam, the holy abode of Lord Vishnu. When he entered Vaikuntam, Lord Vishnu was asleep and Lakshmi Devi was massaging his legs. Angered yet again, Sage Bhrigu kicks him in his chest and Vishnu quickly gets up from his sleep and offers an apology for being asleep. In order to check if the sage's leg was hurt Vishnu massages his feet, which pacifies Bhrigu.

But this act did not go well with Mahalakshmi. Upset over her husband's actions, she leave Vaikuntam to settle in Kolhapur. It believed that the goddess began a penance here and Vishnu, incarnated as Venkateshwara, and Mahalaksmi in the form of Padmavati and reunite together.

Like other temples dedicated to the goddess, Varamahalakshmi and Navaratri are two of the major Lakshmi festivals celebrated here. Since the presiding deity is Maha Lakshmi, the goddess of wealth and prosperity, a large number devotees make it a point to visit the shrine on Varamahalakshmi and Diwali which fall on 31 July and 16th November 2020, respectively.

Varamahalakshmi is an important festival which is the celebration of a very unique event, where the sun rays fall directly on the deity at the time of sunset. This event happens only once in a year and witnesses a large crowd.

Located on Pune-Bangalore NH 4 Kolhapur is well connected through the roadways network. This place is well connected to various destinations within the state and those in other states as well. After reaching Kolhapur, one can take taxis or rickshaws to reach Mahalaxmi Temple.

Being an important pilgrimage destination due to the presence of Mahalaxmi Temple and being a prominent city in its own right, Kolhapur has its very own railway station. Chatrapati S. Maharaj railway station has trains coming from different cities in India including Pune (Maharashtra Express) and Mumbai (Mahalaxmi Exp).

Kolhapur has a domestic airport too at Ujlaiwadi situated 13 km from the central region of this city. Numerous flights connect it to other prominent destinations within the country.

All days of the week