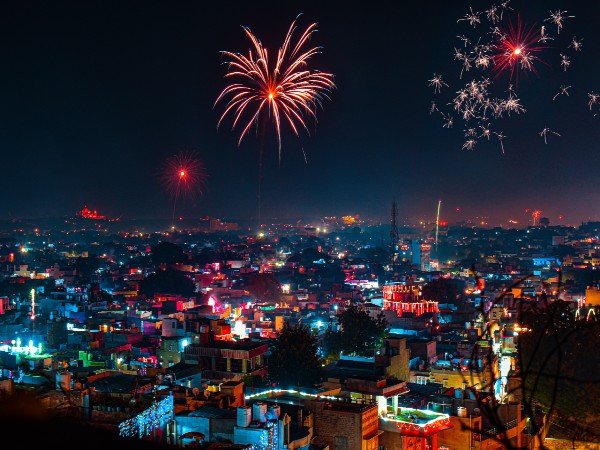 Festivals in India are one of the major ways to understand the Indian culture, traditions, and how people celebrate it. India is such a vast country having different festivals in each state, showing its diversity.

The month of October 2022 brings many major festivals in India, which one must witness to understand the glory and history of India. This year October is coming with the following festivals which are worth witnessing.

Here is the List of Festivals & Events in October 2022 in India To Plan Your Trip Around:

India celebrates Navratri for nine days, during which time they worship the nine manifestations of Goddess Durga. Shailputri, the first manifestation of Goddess Durga, is worshipped at the beginning of Navratri. The celebration comes to a close with the commemoration of Lord Rama's victory over Ravana on Dussehra.

For nine days during the Navratri festival, followers of Goddess Durga abstain from eating any kind of meat, eggs, onion, or even garlic. Navratra brings a lot of joy and excitement as a dance form known as Garba is played in front of Maa Durga in many states of India including, Gujarat, and Maharashtra.

Majorly celebrated in West Bengal, Durga Puja is one of the biggest festivals there. The festival of Durga Puja honors the goddess' victory over Mahishasur. Mahalaya, the day when Durga and Mahishasura's war started, marks the beginning of Durga Puja.

At this time, enormous pandals are home to life-size idols of Durga, Lakshmi, Saraswati, Ganesha, and Kartikeya. Before the idols are immersed, married women play with sindoor (vermillion) on each other as the celebration of Durga Puja comes to a close. For Bengalis, the Durga Puja celebration also revolves around delicious food, including some non-vegetarian treats.

Vijayadashami, commonly referred to as Dussehra, Dasara, or Dashain, is a significant Hindu festival that is observed at the end of Navaratri each year. It is commemorated as Lord Rama, an avatar of Vishnu, defeating Ravana, the ten-headed demon king who kidnapped lord Rama's wife, Sita.

The festival's name is derived from the Sanskrit words, where Dasha means " ten" and Hara means "defeat". Dussehra is being celebrated all over India, but the Kullu Dussehra and Mysuru Dussehra in India are must-visit.

The Marwar Festival, which is held in the city of Jodhpur, is one of the most stunning of all of Rajasthan's year-round festivals. Rajasthan has its own distinctive collection of extensive and vibrant festivals, much like any other notable Indian state.

Originally known as "Maand," this event honors the bravery of the Kings and Princes of Rajasthan. In honor of the Rajput heroes of its illustrious princely history, the festival is observed during the full moon days of Sharad Poornima. The Marwar Festival is an annual celebration of music and dance that typically occurs in either September or October.

Diwali is one of the biggest festivals in India and is known as "the festival of lights". Diwali is celebrated each year and devotees pray to goddess Lakshmi and Ganesha for prosperity health and well-being.

Diwali is being celebrated since the day lord Rama came back to Ayodhya, which is his home from exile, after defeating 10-headed devil king Ravana. Diwali is celebrated all over India, but Ayodhya in Uttar Pradesh is a must-visit.

The Tawang Festival, an annual event that started in 2012, is put on by the Arunachal Pradesh Tourism Department to promote travel to the region and encourage visitors to get a taste of the local customs and culture. It highlights the region's rich cultural heritage, which includes Buddhist rituals, traditional dances, local sports, movies and documentaries, food festivals, and more.