Nativeplanet
»
Travel guide
»List Of 7 Wonders Of The New World 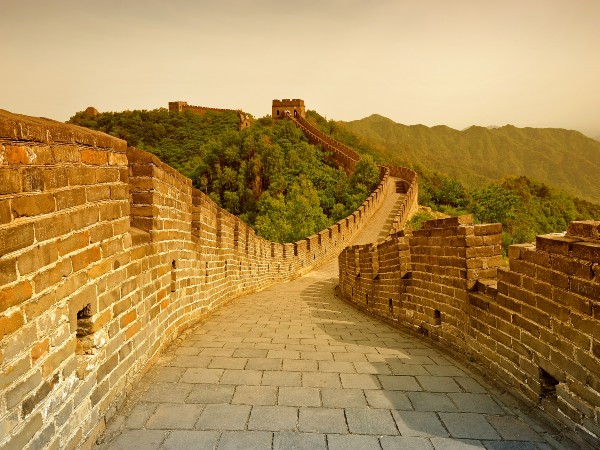 Just to let you know the old 7 wonders of the world were, The Great Pyramid of Giza, the Temple of Artemis at Ephesus, the Hanging Gardens of Babylon, The Lighthouse of Alexandria, the Statue of Zeus at Olympia, the Mausoleum at Halicarnassus, and Colossus of Rhodes.

Here is the List Of 7 Wonders Of The New World:

Machu Picchu is one of the most well-known of the Seven Wonders of the World, perched high in the Andes Mountains and constructed entirely of mortar-free limestones. The most well-known building of the Inca civilization, which is famed for its dry-stone walls, is located in Peru and dates to the 15th century. It has residential neighbourhoods, plazas, temples, and agricultural terraces despite its isolated high in the Andes Mountains.

In the 1st century, Vespasian, who was the Roman emperor, ordered to build the Colosseum. The amphitheater's dimensions are 620 by 513 feet (189 by 156 metres), and it has a remarkable vaulting system. It is an engineering marvel. The venue has a capacity to accommodate 50,000 spectators. The Colosseum, the world's biggest remaining amphitheatre, was primarily built of sand and concrete.

The tomb complex at Agra, India, is thought to be the best example of Mughal architecture and one of the world's most recognisable structures. Shah Jahan built it in memory of his wife Mumtāz Maḥal, who passed away in 1631 while giving birth to their 14th child. The structure, which includes a large garden with a reflecting pool, was built over the course of around 22 years by 20,000 employees. The Taj Mahal, the crown of India, is best viewed at sunrise and is made entirely of ivory-white marble.

The Great Wall of China is one of the 7 wonders of the world that doesn't require an introduction. The Great Wall of China, which consists of defensive fortifications made from a perfect combination of bricks, rammed earth, wood, stones, and other materials, was constructed in the seventh century BCE to defend the Chinese territory against invasions by empires.

The historic Jordanian city of Petra is tucked away in a lonely valley between cliffs and mountains made of sandstone. The Nabatean Kingdom's capital originally stood in Petra, a famous archaeological site. The most well-known of all the temples is Al Khazneh, which boasts of its unique pink sandstone cliffs from which the tombs and structures were carved. Petra, which has a facade known as the Treasury, exhibits the original Greek architecture that draws millions of tourists from all over the world.

On the Yucatán Peninsula in Mexico, a Mayan city called Chichén Itzá flourished in the ninth and tenth centuries CE. The city of Chichen Itza, a well-known location for Mayan ruins, is home to the enormous temple El Castillo, which was shaped into a pyramid and is now a World Heritage Site, d edicated to Kukulkan's deity. With buildings specifically constructed to correspond with the spring and winter equinoxes, it is strongly related to astronomy. There are 365 stairs and a platform for Venus at the Great Pyramid.

Rio de Janeiro's Mt. Corcovado is home to the massive statue of Jesus known as "Christ the Redeemer". Its beginnings can be traced back to the immediate aftermath of World War I, when some Brazilians feared a "tide of godlessness." The statue, which was built between 1922 and 1931 and overlooks Rio de Janeiro, is not only a representation of the Christian community but also one of Brazil's most recognisable sights.