Lakshmi Narasimha Temple – An Ancient Wonder Of Bhadravati In Karnataka 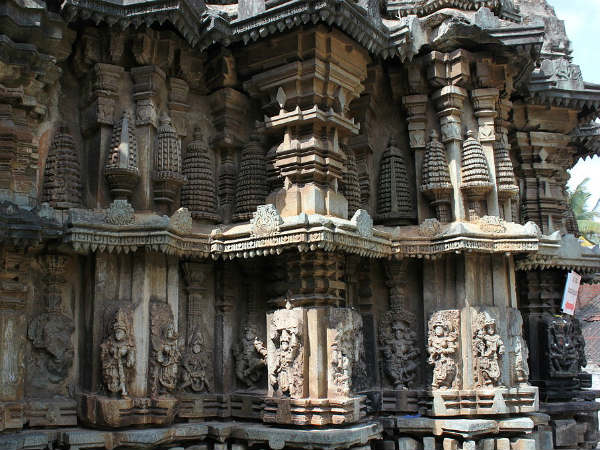 An urban centre in the Shimoga district of Karnataka, Bhadravati is a beautiful city on the banks of Bhadra river and is known for its age-old history and culture. As per local legends, this industrial town is believed to have been in existence since the advent of the Common Era.

However, strong evidence to prove this fact has still not been found. The major places which you can explore within the boundaries of Bhadravati include its ancient temples and other historical sites. The most prominent amongst all of these tourist attractions in Bhadravati is Lakshmi Narasimha Temple, which is one of the oldest and highly revered temples in the region.

Hence, it remains the most frequented tourist spot in Bhadravati. How about visiting this ancient wonder this season and learning in detail about its interesting legends of formation and survival? Read on to know more about Lakshmi Narasimha Temple in Bhadravati and how to reach it.

Lying in the tropical region, Bhadravati experiences a moderate type of climate and hence, Lakshmi Narasimha Temple can be visited anytime during a year. However, if you are looking forward to avoiding the hot sun during the summers, then the best time to visit is from October until the end of March, as the climatic conditions are favourable during this period, thereby, letting you roam around and explore sites comfortably.

A Little Bit Of History And Location

Located at Bhadravati, Lakshmi Narasimha Temple, clear from its name, is dedicated to Lord Vishnu and his consort, Goddess Lakshmi, and is believed to have been built during the reign of the Hoysala kings in the 13th century. Hence, apart from being a religious site, it is also a historical spot. Therefore, it is frequented by both history lovers and Hindu devotees.

Due to its ancient architecture and incredible structural formation, it is also a tourist attraction for several architecture enthusiasts. As per local legends, the temple is said to have been built after a Hoysala king saw Lord Vishnu instructing him to build a temple in his dream.

Soon after he woke up, he ordered his ministers to get all the labourers of his kingdom so that the temple could be built as soon as possible. However, there are several other legends related to the formation of the temple. How about getting yourself to this wondrous beauty and listening to its interesting legends?

The major features which make Lakshmi Narasimha Temple special are its architectural beauty, historical significance and religious importance. It is said that the temple has been a major site of worship in Bhadravati since its formation. Hence, it is considered one of the highly revered temples in the region.

Regarding its architecture, the temple is built on a raised platform and boasts of beautiful patterns and carvings. It is also one of the few temples in the district of Shimoga with a triple shrine construction. Apart from all this, the surroundings of the temple, which include a peaceful ambience, also help in enhancing its charm and beauty.

How To Reach Bhadravati

By Rail: Bhadravati has its own railway station and hence, you can catch a direct train from the nearby station to Bhadravati.

By Road: Being an industrial city, the region in and around Bhadravati has a good network of roads. Therefore, you can easily reach Lakshmi Narasimha Temple by road.