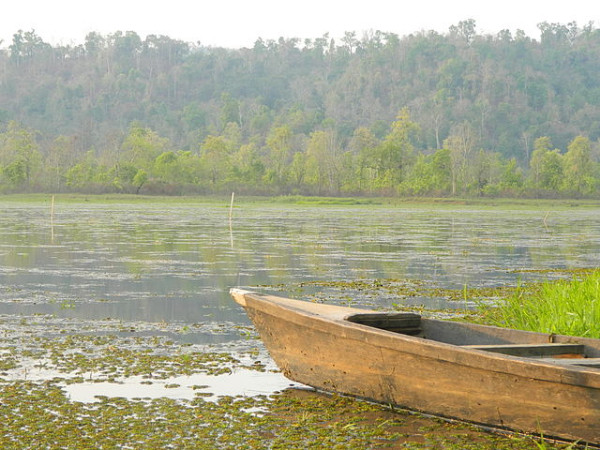 The captivating beauty of the Seven Sister States of North East India is just amazing to explore. Abundant and untouched nature provides a lot for tourism. One can experience whole new cultures and vegetation in the Eastern-most region of India.

Arunachal Pradesh, Assam, Manipur, Meghalaya, Mizoram, Nagaland, Tripura and Sikkim have many natural wonders which are worth a visit. Some states are known for adventures like trekking while a few others are known for their natural beauty.

Among various attractions, these mesmerising lakes of North East India are a must visit. Let us make a virtual tour around the beautiful waterbodies of North East.

Gurudongmar Lake is a high altitude lake located in the Northern Part of Sikkim. According to the legend, Guru Padmasambhava visited this lake once. Hence, it is named as Gurudongmar Lake.
PC: Pradeep Kumbashi

One interesting quality of Tsomgo lake is that its surfaces changes colour according to the season. Lake Tsomgo is a high-altitude lake in the East Sikkim. It is also one of the frozen lakes during winter.
PC: Arilini

Loktak Lake is famously known as the 'Floating Lake' as it consists of Phumdis. It is one of the most interesting tourist places in Manipur. Loktak Lake is a freshwater lake which was designated under Ramsar Sites.
PC: Sharada Prasad CS

The Bara Pani or Umaiam Lake forms a prominent attraction in Shillong. The large water body which was formed by daming the Umiam River is now a famous tourist place.
PC: NEHA198530

Chandubi Lake at the foot of Garo Hills is located at distance of 55km from Guwahati. The lake is surrounded by picturesque landscapes which is ideal for quite time.
PC: Saptarshi Chowdhury

Nagula Lake is one of the high-altitude lakes situated in Tawang. It remains frozen during the winter season.