Just You and Nature at Kundadri Hill in Shimoga 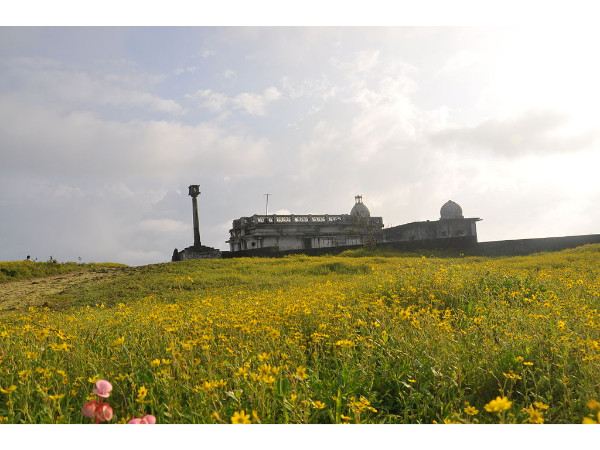 Itseems as if the word 'peace' has become so rare in these days. All are caught up in the busy routine lives that they hardly know what it means to be calm and composed! Of course, all we need is a positive attitude and know what is best to rejuvenate ourselves. At any given time, a trip is welcoming thing to feel relaxed but we need to get away from the bustle of crowds. Hence, choosing a quaint destination becomes more important in such times. So, here is one tranquil place which will surely have a spa-effect on you! Yes, it is not Kerala or Goa but the hill station of Kundadri hill in Shimoga district.

You may not heard of it much but Kundadri is an enticing place. It far away from the human interference and hence an ideal place for rejuvenation.

Kundadri is a small hill station about 30km from Sringeri. The hill is known for an ancient Jain Temple. Kundadri Hill is surrounded by lush green landscapes which makes it even more interesting to visit. The ancient Jain Temple also offers a lot to explore.

According to the myth, the name Kundadri came because of Jain sage named Kundakundacharya. It is said that he performed a great penance at this hill. So, the hill station is considered as one of the holy places for Jains.

It is said that this Jain Temple at Kundadri was built during the 17th century. Here Parswanatha is worshipped as the main deity of the temple. The shrine also consists of several statues relating to Jain mythology.

Kundadri is around 80km from Udupi and 70km from Manipal. The best way to reach Kundadri is through car or bike as you won't get any bus. The road is fine and it will take you till the top.

Kundadri is definitely one of the most scenic offbeat destinations in Karnataka. If you want to enjoy some mesmerising sunset or sunrise views and spend a day in the lap of nature then Kundadri is the destination for you.

Comments
Read more about: shimoga
Other articles published on Jan 5, 2017