Nativeplanet
»
Travel guide
»Kolkata To Puri: A Visit To The Land Of Lord Jagannath

Kolkata To Puri: A Visit To The Land Of Lord Jagannath 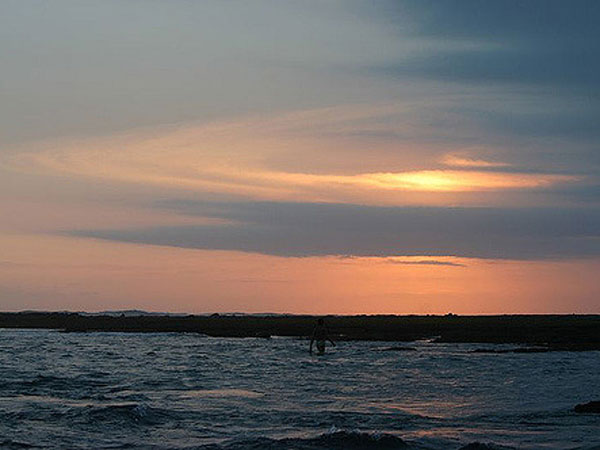 Puri is situated in the state of Orissa and has a rich culture and heritage of its own. It is quite popular for the Jagannath Temple, dedicated to Lord Jagannath, who can be seen in the form of Lord Vishnu. Thousands of devotees come to Puri throughout the year to offer prayers and seek blessings from the god. Apart from having religious importance, Puri is also extremely famous for its beaches. From the Puri Beach, Balighai Beach to the Baleshwar Beach, the city attracts a huge number of tourists who prefer to visit the beach, relax and witness the magnificent sight of the sunrise and the sunset.

Puri experiences a tropical climate and the summer temperature ranges between 32 to 40 degrees Celsius, making it little uncomfortable for the tourists, especially from April to June. Winters are the best time to visit Puri as the temperature remains quite pleasant for tourists, making it perfect time for sightseeing. Puri receives moderate rainfall during the monsoon season.

How To Reach Puri

By Air: Biju Patnaik Airport in Bhubaneshwar is the nearest airport to Puri and there are direct flights from all major Indian cities to this airport. The airport is located at a distance of about 58.5 km from Puri.

By Train: There are many direct trains from all the major cities to Puri railway station, the terminal train station that serves the city.

By Road: Puri is well connected by roadways with the rest of India and there are a number of buses and cabs that ply regularly from this place to all the big cities in the country.

Amongst these two routes, route 1 is the preferred route to reach Puri by road.

Kharagpur is located at a distance of 139 km from Kolkata and is a popular industrial city in West Bengal. The town is known to have the third longest railway platform in the world. There are some tourists attractions in and around Kharagpur, such as Khargeswar Temple, Kurumbera Fort, Jhargram Palace and Joranda Falls.

Balasore is located at a distance of about 194 km from Bhubaneswar and has gained massive popularity in recent times because of Chandipur Beach. Tourists come here from different parts of the country to experience the magnificent beauty and charm of the huge Chandipur Beach.

If you are planning to visit Balasore, then the months from October to January are the best to do so. Balasore offers a number of tourist attractions such as Kuldiha Wildlife Sanctuary, Talsari, Chandbali, Jhadeswar Temple and Panchalingeswar, which are worth visiting.

Bhadrak is a small city in Orissa and has a number of temples and religious sites. Tourists can take a break at Bhadrak during their road trip from Kolkata to Puri. Maa Bhadrakali Temple is a famous temple in Bhadrak and a lot of devotees visit this temple to offer prayers to Goddess Bhadrakali.

Cuttack, also known as the cultural capital of Orissa, is the second largest and one of the oldest cities of the state. This city, popularly known as the Silver City of India, reflects rich culture heritage and traditions, including handicrafts, dance and food. Cuttack is one of the most popular tourist destinations as the tourists can experience both the beauty of nature and historical monuments here.

Lingaraj Temple, Rajarani Temple, Parashurameshvara Temple, Ananta Vasudeva Temple and Brahmeswara Temple are some of the famous temples in Bhubaneshwar.

Puri is regarded as one of the popular pilgrimage sites of the Hindus and the Jagannath Temple is the biggest attraction of the city. The city, which is known to be the resting place of Lord Shiva, has rich cultural heritage and significance in the pages of history.

Apart from the famous Jagannath Temple, Puri also houses a number of popular tourists attractions, making it a perfect weekend getaway from Kolkata. Check out this list of places that you can visit in and around Puri.

Built in the 11th century, Jagannath Temple is regarded as the most sacred pilgrimage site for Hindus in Puri. King Indradyumna constructed the temple and dedicated it to Lord Jagannath, who can be seen in the form of Lord Vishnu.

Apart from the main deity, there are several other small temples inside the Jagannath Temple. The architure of this temples features beautiful intricate carvings. Throughout the year, thousands of tourists and devotees visit this temple to offer prayers and seek blessings from Lord Jagannath.

Distance From Puri: This temple is in Puri.

The Puri Beach is one of the most popular beaches in eastern India and a huge number of tourists flock to this place to witness the beautiful sunrise or sunset. This beach is also quite famous for sand sculptures which depict different mythological characters, temples or incidents. The Puri Beach is the perfect place to understand the culture, tradition, handicrafts and most importantly the cuisine of the place.

Chilika Lake, which is said to be the largest internal saltwater pond in Asia, is known for a variety of birds and beautiful sights of its flora and fauna. Be it flamingos, sandpipers or white-bellied sea eagles, this place is a must visit for all birdwatchers. In addition, tourists can also catch a glimpse of the adorable endangered species of Irrawaddy dolphins at Chilika Lake.

Balighai Beach is one of the most popular beaches in Orissa. Tourists can enjoy the sight of a number of rare migratory birds here along with some cute little olive ridley turtles during the months of December and January. This beach also has boar ride facilities and the tourists can have a peaceful sunbath to freshen themselves.

Markandeshwar Temple is extremely famous for its architectural beauty and magnificent artistry. Built in the 13th century, this temple features figures of different avatars of Lord Shiva at the corners. Tourists can see a huge figure of Nataraja with ten arms at the entrance of the temple.

Beleswar or Baleshwar Beach is another beautiful tourist attraction in Puri. This beach is less crowded than the Puri Beach and is quite popular amongst the newly-wed couples to spend some time alone amidst natural beauty. Tourists can also visit the famous Shaivite shrine in Beleswar and offer prayers at the temple dedicated to Lord Shiva.

Dedicated to the Sun God, the Konark Sun Temple has been declared as a UNESCO World Heritage Site and it attracts a humongous number of tourists throughout the year. This temple is known for its excellent concept and architecture that dates back to the Kalinga period.

According to history, the temple was built by 1200 artisans in 12 years following the order of King Narasimhadeva I, who was ruler of Ganga dynasty. The temple design depicts a 24-wheeled beautiful chariot drawn by 7 horses.