Kolkata To Bolpur – To The Centre Of Culture And Tuition 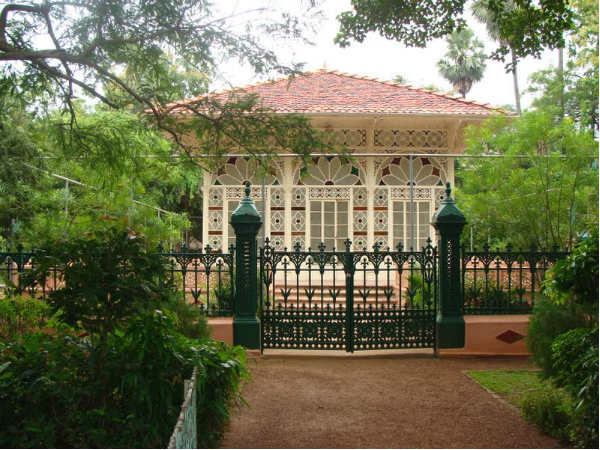 Not every place in India depicts the actual culture of the region and helps in learning about its history. However, Bolpur is certainly such a place in the state of West Bengal which is known as the centre of learning, meditation and culture.

If you are looking forward to witnessing the beauty of the raw culture of West Bengal, Bolpur is the place where you should go. It is a small town near Shantiniketan which is in existence since the time of Maharshi Debendranath Tagore, when he set up several meditation and religious centres in the region.

Apart from learning about the culture and imbibing the essence of life, there are several other places of interest which will certainly compel you to come to Bolpur again and again. So, how about planning a trip from Kolkata to Bolpur this weekend?

As the region in and around Bolpur remains hot during the summer season, it is advisable to avoid visiting Bolpur during the summers. If you are looking forward to roaming around and exploring the cultural beauty of the place amid pleasant weather, then the best time to visit Bolpur is from October until the end of April.

How To Reach Bolpur From Kolkata

By Air: Located at an approximate distance of 160 km, Kolkata airport is the nearest airport from Bolpur.

By Rail: Bolpur is well connected to Kolkata by rail. You can catch a direct train from Kolkata railway station to Bolpur Junction.

Bardhaman is located at a distance of 60 km from Bolpur and 100 km from Kolkata. It is a perfect place to take a break considering the number of places of interest present within the town. Bardhaman is believed to be in existence since the early stages of human beings and hence, it is one of the oldest-living places in India. The major places to visit in Bardhaman include Hawa Mahal, Damodar River Beach, Curzon Gate, Christ Church and 108 Shiva Temple.

Once you have reached Bolpur, you will have a lot of options to look forward to. From learning centres to exhibition centres, there are several places of interest in and around Bolpur. Following are the major places which you must not miss visiting when in Bolpur.

Amar Kutir is now used as the place to promote art and craft. It has also been a refuge place for Indian revolutionaries during the era of the Indian independence movement. Being situated on the banks of Kopai river, the surroundings of Amar Kutir are beautiful and alluring. So, how about taking a tour of this exhibition-cum-sales centre?

It was founded in 1863 by Maharshi Debendranath Tagore, father of Rabindranath Tagore. Tagore's Ashram is the most popular and respected place in Shantiniketan and hence, it is considered as a significant heritage site in West Bengal.

You must visit these wonderful places if you are keen to learn about the works and the life of Rabindranath Tagore. From his literary works to his awards and accolades, you can find everything at Tagore's Ashram.

Poush Mela is the most popular annual fair in the Birbhum district of West Bengal. From live performances of folk music to thousands of stall selling beautiful items, there is a lot to explore at Push Mela.

It takes place in the university town of Shantiniketan during the month of December and has been celebrated since the last 100 years. Poush Mela is the perfect place if you are looking to learn about the heritage and culture of West Bengal.

Another fair which starts early in the morning and is known for selling handicrafts and household items is Khoai Mela. You need to wake up early if you want to experience the actual beauty of the fair as it commences at 4 am. You can also buy certain regular-use things such as clothes and slippers.

Apart from the above places, there are several other places of interest which include Kala Bhavan, Upasana Griha, Ballavpur Forest, Nippon Bhavan, Sangeet Bhavan and Chattimala. So, when there is so much to visit and explore in and around the beautiful town of Bolpur, why stay within the boundaries of your home? Hurry up and plan a trip to Bolpur now.