Kolkata To Balasore – Amidst Beaches And Temples In Odisha 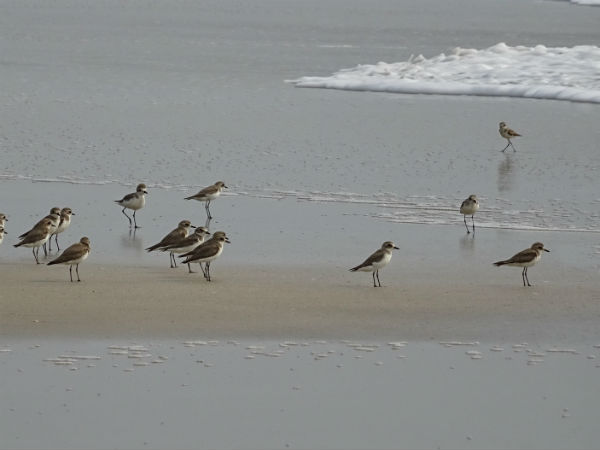 Even though Balasore is located in the state of Odisha, it is still a perfect weekend getaway from Kolkata on account of its beautiful temples and charming beaches. Also known as the Missile City of India, Balasore is home to Dr. Abdul Kalam Azad Island, which is known for launching several great missiles of India.

Today, Balasore is gaining popularity day by day and hence, can also be called a tourist spot in the making. From virgin and uncrowded beaches to ancient temples, Balasore hosts a lot of places which one can savour on their trip to this wonderful destination.

So, how about planning a trip from Kolkata to Balasore this weekend? Read on to know more about how to reach Balasore and its places of interest.

The temperature in and around the region of Balasore is above average during the summer season. Hence, it can also be visited from May to August. However, if you are looking forward to experiencing the cool atmosphere in Balasore, then the best time is from October until the end of April.

How To Reach Balasore From Kolkata

By Air: The nearest airport from Balasore is at Bhubaneswar which is located at a distance of about 200 km. From the airport, you can either hire a cab or catch a bus to Balasore.

By Rail: There are direct trains available between Balasore and Kolkata. Hence, you can catch a train from Kolkata railway station to Balasore Junction. It will take you an approximate time of 4 hours to reach your destination.

By Road: Balasore is located at a distance of around 245 km from Kolkata and is well connected by road. Hence, it is easily accessible.

On your way to Balasore, Midnapore is the perfect en route destination where you can take a break and chill around its beautiful places.

Located in the Paschim Medinipur district on the banks of Kangsabati river at a distance of around 130 km from Kolkata and 140 km from Balasore, Midanpore is one of the oldest-known places in West Bengal and the presence of several ancient monuments and centuries-old buildings certainly states its age.

From historic ruins to ancient temples, there is a lot to witness within the boundaries of Midnapore. Even though the exact time of its formation is still unknown, it is believed that Midnapore has been in existence for thousands of years and several ancient relics from the time of the Mauryan Era have been found here.

Being the land of beaches and temples, Balasore attracts each and every type of tourist, ranging from Hindu devotees to nature lovers. Even though the summers here are not entirely comfortable, it is still visited by thousands of tourists annually regardless of the weather and climatic conditions, as these tourists come here to savour the beauty of Odisha, which is scattered in the form of beaches and temples. Following are the prominent places to visit in Balasore.

Khirachora Gopinatha Temple is one of the major attractions in Balasore and hence, is visited by thousands of Hindu devotees every year. Dedicated to Lord Krishna and completed in the year 1300, this ancient temple is one of its kind where Lord Krishna is worshipped in the form of Gopinath, who was very fond of milk products.

Therefore, in the evening Lord Gopinath is offered sweet rice, known as amruta keli. The taste of the dish is unique and is said that it cannot be produced anywhere else in the world. So, how about visiting this place and tasting its nectar in the form of amruta keli?

Chandipur is one of the few places in Odisha which should not be missed by anyone. Being a seaside beauty, it is famous for its pristine and unpolluted beaches. The spectacular views of the sparkling sand reflecting the colourful rays of the sun at the time of dawn and dusk certainly deserve to be captured on your camera. With the presence of a beautiful environment and a peaceful atmosphere, it is a perfect picnic spot in the arms of nature.

Nilagiri is also a must-visit destination in Balasore. With its history dating back thousands of years, it is one of the oldest-known towns in Odisha. Nilagiri is famous amongst tourists for its Jagannath Temple, which is one amongst the prominent Jagannath temples in the state of Odisha. Apart from visiting Jagannath Temple, you can also explore its green surroundings and rich heritage through other ancient temples.

Panchalingeshwara Temple is dedicated to Lord Shiva and hence, witnesses devotees in large numbers every week, who come here to offer milk to the Shivalingas placed inside the compound. As the surroundings of Panchalingeshwara Temple are beautiful and admirable, they also attract several nature lovers too. The awestruck beauty of hills and forests will certainly compel you to commend them.

Apart from the above-mentioned places, there are several other spots in and around Balasore which can be explored by a tourist. The other significant stoppages include Bhujakhia Pir, Baba Bhusandeswar Temple, Jaleswar and Talsari Beach.