It is certainly right that Rajasthan has become a synonym to royalty over a period of time on account of the presence of hundreds of royal palaces and other buildings. But do you know Rajasthan has a lot hidden under its arms to be explored? Yes, apart from historical monuments in the form of forts and palaces, this historic state is also home to beautiful hills, lakes and gardens. Therefore, it is gaining popularity as a summer destination too gradually and gradually.

One such place which every traveller would prefer visiting during the summer season, despite knowing the fact that the summers in Rajasthan are extremely hot, is Mount Abu, which is known as the Shimla of Rajasthan and is the only hill station in the state. How about exploring this rare beauty this season? As it is located in the vicinity of Jaipur, it makes for a beautiful weekend getaway. So, plan a trip from Jaipur to Mount Abu and get yourself surprised.

Being a hill station, Mount Abu is a year-round destination. However, it is mostly visited by tourists during the summer season in order to escape the summer heat of Rajasthan. The best time to visit Mount Abu is from September until the end of March. During this period, the weather is optimum and the beauty of the lush green surroundings is at its peak.

How To Reach Jaipur From Mount Abu

By Air: The nearest airport to Mount Abu is located in Udaipur at a distance of about 178 km. Once you have reached the airport, you can hire a cab or a bus to Mount Abu. It will take you an average time of 3 h to reach your destination from the airport.

By Road: Mount Abu boasts of a good road network and hence, it can be easily approached by road.

As route 1 will take an approximate time of 7 h 30 min to reach your destination, i.e., 2 h lesser in comparison to the other route, it is the preferred route. On your way, you can take a break at the following places.

Ajmer is located at a distance of about 135 km from Jaipur and 363 km from Mount Abu and is known as the base for people visiting Pushkar, a popular Hindu pilgrimage town. Surrounded by beautiful hills and home to numerous historical sites, Ajmer makes for a perfect en route destination.

From lakes to temples and forts to palaces, there is a lot to witness here. So, who wouldn't love to take a break at this wonderful city with beautiful tourist attractions? The major places here include Ajmer Sharif Dargah, Ajmer Jain Temple, Anasagar Lake, Taragarh Fort and Akbari Fort & Museum.

Another beautiful destination on your way to Mount Abu, Pali is located on the banks of river Bandi and is known amongst tourists for its beautiful and highly revered temples. However, it has also gained popularity as an industrial town.

The major places to explore here include Hinglaj Maa Temple, Somnath Mandir, Devgiri Temple and Lakhotia Garden. Pali is located at a distance of about 299 km from Jaipur and 197 km from Mount Abu.

If there is any place in Rajasthan which serves as a summer destination to tourists of North India, then it is certainly Mount Abu. Located at a distance of about 495 km from Jaipur and flourishing amidst a vast expanse of the desert, this beautiful hill station seems like an oasis and hence, it is a perfect place to visit during the summer season.

From going boating in the lake to exploring the beauty of wildlife in its hills, there is a lot to do within its boundaries. Following are the major places which you should not miss while visiting Mount Abu.

Located in the heart of the city, Nakki Lake serves as an evening and morning destination to the locals and other seasonal tourists. As per local legends, the lake is said to have been dug by gods and hence, it is also considered as a holy site amongst Hindus. You can also capture the spectacular views of the sunrise and the sunset here.

If you desire the get in touch with the stainless nature of Mount Abu, then Mount Abu Wildlife Sanctuary is the place you should visit. Established in the year 1980, it is located in the lush green expanse of the Aravalli range and is home to many rare and endangered species of plants and animals.

The major species found here include Indian leopard, sambar, jungle cat, Indian fox and sloth bear. It is also home to several colourful species of birds and hence, it makes for a perfect weekend spot for photographers and nature lovers.

How can one visit Rajasthan and not encounter its historical beauty? Dilwara temple is a complex of several age-old temples which are built out of white marble and are known for their incredible architecture. These temples are considered as sacred sites amongst Jains as well as Hindus.

Other Places Of Attraction

Apart from the above-discussed tourist destinations in Mount Abu, you can also visit Achalgarh Fort, Achaleshwar Mahadev Temple, Sunset View Point and Brahma Kumaris Institution. Did you know Mount Abu is the same place where the sunset scene in the Bollywood movie Qayamat Se Qayamat Tak was shot? So, what do you think of a trip to the Shimla of Rajasthan now? 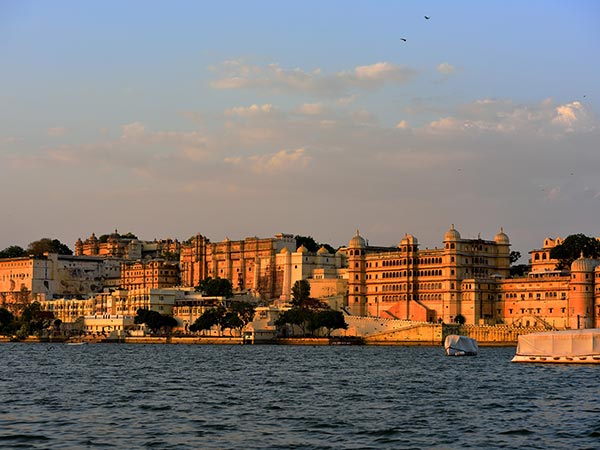 Most read: Topmost Places In Rajasthan And What They Are Famous For

Comments
Read more about: india travel tourism hills summer rajasthan lakes wildlife jaipur ajmer
Other articles published on Aug 1, 2018
We use cookies to ensure that we give you the best experience on our website. This includes cookies from third party social media websites and ad networks. Such third party cookies may track your use on Nativeplanet sites for better rendering. Our partners use cookies to ensure we show you advertising that is relevant to you. If you continue without changing your settings, we'll assume that you are happy to receive all cookies on Nativeplanet website. However, you can change your cookie settings at any time. Learn more
Change Settings Continue