7 Interesting Facts About Lucknow Every Traveller Must Be Aware Of 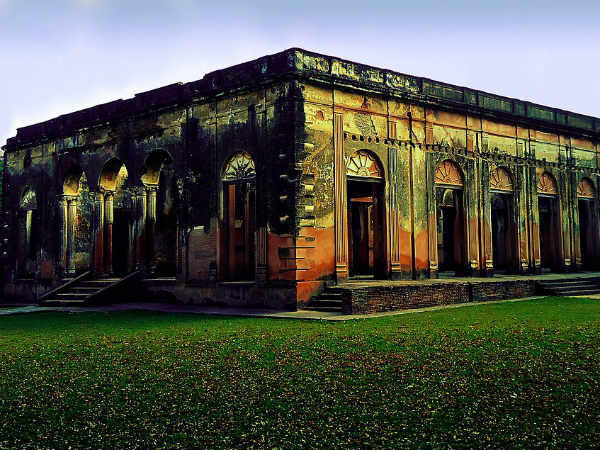 The city of Nawabs, Lucknow is one of the most popular tourist destinations in India and is visited by travellers from all over the world. It is immensely famous for its hospitality and Mughlai cuisine. Hence, it wouldn't be wrong to say that it is one of the most favourite stoppages for foodies in India. From its luscious biryani to delicious tundey kabab, each and every dish is known for its unique flavour. However, the major share of tourists visiting Lucknow include history lovers and seasonal tourists.

As it has a history dating back to thousands of years and has gained fame for age-old culture and traditions, it could be found on the bucket list of every traveller. Did you know that Lucknow is one of the happiest cities in the world? If not, then the following interesting facts about Lucknow are for you. Read them and learn in detail about the greatness of this beautiful city.

This might be a surprise to you, but it is certainly true. Lucknow was founded by Lord Lakshmana after he was instructed by Lord Rama to build a city on his own. Since then, the city has been in existence. Over a period of time, Lucknow has been renamed several times. The names which were used for Lucknow in the past include Lakshmanpuri, Laksmnaut, Laksnaut, Laksnau and Laknau.

Constructed in the year 1881, Hussainabad Clock Tower in Lucknow is said to be the tallest clock tower in the country and has a total height of about 220 ft. It is one of the most beautiful architectural monuments in the city and was inspired by the Big Ben Tower which is located in London. It is located in the close proximity of Rumi Darwaza and is a popular tourist attraction in Lucknow.

Well, this is one fact which might surprise you. Lucknow is called the CCTV city of India as it is the first place in the country where more than 9000 CCTV cameras are installed. Yes, the number is pretty higher than that of other magacities in India. So, next time when you are in Lucknow, be aware of the fact that you are always on surveillance.

Lucknow is home to the majestic and beautiful Bara Imambara, which is said to have the largest hall without any additional support in Asia. It was built in the late 18th century by the Nawab of Awadh so that Muslims could perform their rituals and religious practices comfortably and conveniently. Bara Imambara is one of the largest buildings in the city and is also rumoured to have certain tunnels which lead to cities like Agra and Faizabad.

5) The Land Where The First Rebellious Activity Happened

If you think cities like Satara, Nagpur, Mumbai or Patna are the places where the first spark of the 1857 revolt took place, then you really need to correct your facts. As per records, Lucknow is said to be the first place in the country where rebellious activities against the British Empire were carried out for the first time.

Yes, you read that right. The Charbagh railway station of Lucknow, which is said to be one of the most beautiful stations in the country, looks like a chess board when captured from above. Unless you have a drone or permission to fly it over the station, you won't be able to witness the unbelievable view of Lucknow railway station.

7) Its Culture Evolved During The Mughal Era

The evolution of Lucknow is said to have happened during the Mughal Era when the Nawabs were appointed to control the city. Today, the Mughlai cuisine and Mughal architecture of Lucknow is immensely popular.