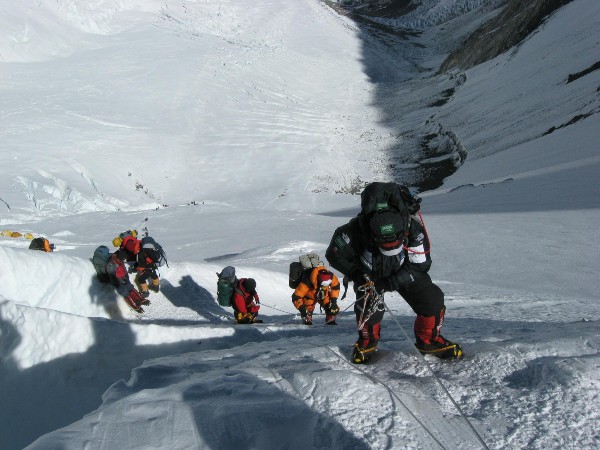 Mount Everest Day is celebrated every year on May 29 to commemorate the first successful ascent of Mount Everest by Sir Edmund Hillary and Tenzing Norgay Sherpa in 1953. The two climbers reached the summit at 11:30 am local time on that day after attaining an altitude of about 8,850 meters (29,035 feet).

The temperature was -28 degrees Celsius (-18 Fahrenheit) at that time and they had to climb for about 3 hours from Camp VI (7950m/25960ft) to reach the summit of Mount Everest. Let's celebrate the success of Indian Mountaineers who climbed Mount Everest and give them a tribute on the occasion of Everest Day 2022.

Over 900 people, including over 300 Indians have climbed Mount Everest so far.
Here is the list of Indian Mountaineers who reached the summit of Mount Everest:
Autar Singh Cheema (1933-1989) was the first Indian man and the sixteenth person in the world to climb Mount Everest.

Kuntal Joisher - The First Indian Woman to climb Mount Everest on May 21, 2013

Ghanashyam Sharma - First Indian to become successful in scaling Mount Everest twice within a span of 2 months in 2010 and 2011 respectively. In 2012 he again scaled the peak but couldn't reach the summit due to bad weather conditions.

Chetan Pandit - is an Indian mountaineer and motivational speaker. He is best known for his first successful ascent of Mount Everest in 2006, which made him the youngest Indian to reach the top of the mountain at age 24.

Malavath Purna- The youngest girl who reached the Mount Everest summit on 16th May, 2018.

Conclusion:
The above list informs about some of the Mount Everest Climbers from India. More than 4000 people have climbed Mount Everest till date. Let's hope there are many more achievers in this feat from India in the future.

Comments
Read more about: india mumbai
Other articles published on May 28, 2022