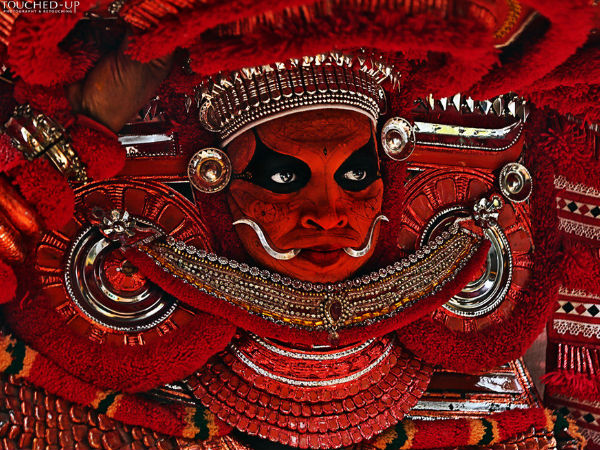 Festivals in India are colourful, vibrant and absolutely entertaining. An exciting amalgamation of cultures, traditions and people from across the vast lands of India, together present some of the most vivid festivals the world has ever witnessed. In fact, festivals in India present the ideal opportunity to travel the country and see its people and lands in a whole different light. Make a journey across India during the festivals to add to your kitty of travel experiences with the most unique sightings.

As we bid adieu to the previous year and welcome the New Year, let us take a look at the festivals and travel opportunities that the new year is bringing our way. Here is the Indian Festival Calendar for January-February 2015. Start your preparations, book your tickets, make hotel reservations and get ready for the experience of a lifetime!

India is all about its colourful culture and interesting traditions, that vary every few hundred kilometers and nothing emphasises this better than the cultural capital of the south; the capital of Tamil Nadu, Chennai city. At a short distance from Chennai city is the exquisite rock-cut temple architecture of Mamallapuram. The beautiful sculptures in stone continue to emote expressions carved many hundred years ago. Now, imagine this to be the venue for some soul stirring classical performances; most music and dance. Set against the impressive backdrop of rock temples, this is one travel experience you must simply not miss.

Imagine gazing up at the blue sky that is dotted with coloured wisps of paper in different shapes, all of them aided by the wind, fighting it out for the top spot. All this and much more is what the International Kite festival in Jaipur promises to deliver. Held in celebration of Makar Sankranti, the harvest festival, kite flying is a symbol of prosperity, life and joy. Taking place from early morning to evening, the colourful festival attracts kite enthusiasts from all over the world. Many other activities including competitions such as aerial acrobats, painting and cultural festivities are held in Jaipur during the festival. Watch the already colourful city turn even more vivid during the festival.

You don't need an excuse to visit the most stunning land of ruins in India; Hampi in Karnataka! However, this one is pretty hard to refuse. Hampi is one of the most grandiose sites in the country, showcasing the past glory and culture, stunning travellers from across the world. The Hampi Festival recreates the magic of the past against the backdrop of ruins and temples for the most memorable cultural experience in the country. Music, dance, drama, puppet shows, folk performances, traditional processions and so sheer cultural extravaganza in celebration of royal glory is what makes this festival a must-attend event in 2015.

Venue: All of Tamil Nadu

We have nothing to be more thankful for than the food on our tables. In celebration of a good harvest season, bountiful food and prosperity, the delicious festival of Pongal (named after the very dish cooked on this day) is celebrated across all parts of the southern state of Tamil Nadu. Houses are cleaned and decorated with flowers, sugarcane stalks, cow dung washed pavements and 'kolam' or designs done with rice powder. The harvest products such as fruits, rice, sugarcane, etc is offered to the gods along with the preparation of a sweet dish of pongal with rice, jaggery and milk. After prayers, the same is relished by the family. Travel to places such as Chennai, Coimbatore, Madurai, Kumbakonam, etc to enjoy the festivities and of course relish some delicious vegetarian food.

Venue: Across the Punjab Region

A festival celebrated with a great deal of pomp and glory across Punjab is Lohri. The festival that is celebrated traditionally to mark the winter solstice day and in welcome of warmer days is also shortly followed by the harvest festival, thus making it a grand affair. Lohri is celebrated thanking the almighty for the harvest and for warmth. Bonfires are lit, people dress up in their colourful best, folk songs and music ring loud followed by the best feast possible. Indeed one of the most fun and exciting festivals of India. Make sure you make travel plans to head to Punjab and witness the grand affair in person!

Every Indian must do this journey at least once in his/her lifetime. A trip to Delhi to witness one of the grandest events to take place annually, the Republic Day Parade on the 26th January. Festivities celebrating the country with patriotic fervour, typically span a duration of three days. There are cultural performance from various parts of the country, performances showcasing the strength and dedication of the armed forces; the Indian Army, Indian Navy and Indian Air Force. The parade starts from the Raisina Hill near the Rashtrapati Bhavan, through Rajpath Avenue and makes its way past the India Gate. The unfurling of the Indian Flag, the singing of the National Anthem and the sight of the 21-gun salute can make even the most-cynical minded person emotional. A must-experience, and you can club this with exploring the many national and historical monuments in the charming city of Delhi.

The images of Theyyam, a ritualistic celebration that takes place in the North Malabar region of Kerala is sure to stay etched in your mind all through the year! Tracing its origins back to tribal rituals and early traditions that have roots even in the Indus Valley Civilisation, experiencing the Theyyam festival is like stepping into another world of another time dimension. What is it that will impress more, the sacred traditions passed down several thousand years, the intricate dance forms that are more than 400 in styles, the exquisite make-up that transforms an ordinary man to a god like stature. The music that promises to have you hypnotised in lesser than five minutes or a combination of all this that is Theyyam. The immense cultural and religious significance is best described by the locals. We suggest you pack your bags a couple days in advance and spend time understanding the meaning of the mystic festival that is Theyyam. See it to believe!

The word Kambala translates to literally mean 'slushy field' in the native tongue. And that is exactly where the race takes place, in the slushy mud tracks of the fields across the coastal villages of Karnataka. Places such as Kadri in Managlore are especially popular for this event. The traditional sport that has existed in the region for several hundred years is performed mainly to please the harvest gods. Buffaloes are specially reared, fed and prepared for the event. With the event attracting attention from animal lovers against the practice that makes buffaloes run (typically against their nature), we are unsure how much longer the practice will last in its true style. However, on a lighter note the winning pair of buffaloes are pampered silly.

The Maha Shivratri is the celebration of the day when Lord Shiva married Goddess Parvati. The festival is celebrated with great reverence across the country. Shiva temples all over India see many rituals and festivities taking place on this day. The International Maha Shivratri Fair takes place in Mani on the banks of River Beas. Among the oldest towns of Himachal Pradesh, the place transforms for the festivities and proves to be an exciting travel destination at this time of the year. You can also enjoy the festivities in Varanasi, complete with a bath in the holy waters of River Ganges.

The desert festival in Jaisalmer is among the most prominent events to take place in the vibrant state of Rajasthan. Spanning a duration of three days, the festival reaches a crescendo on the full-moon day or 'Poornima'. The festival is to support and showcase the rich culture and traditions of the region. Activities range from camel races, folk ballads, dances, acrobatic performances, snake charmers and a melee of fun and exciting experiences. You can also try your hand at the turban tying contest! Don't forget to shop for colourful handicrafts as you enjoy the festivities.

Comments
Read more about: festivals january february
Other articles published on Dec 10, 2014
We use cookies to ensure that we give you the best experience on our website. This includes cookies from third party social media websites and ad networks. Such third party cookies may track your use on Nativeplanet sites for better rendering. Our partners use cookies to ensure we show you advertising that is relevant to you. If you continue without changing your settings, we'll assume that you are happy to receive all cookies on Nativeplanet website. However, you can change your cookie settings at any time. Learn more
Change Settings Continue