Incredible Places To Visit In The Western Ghats 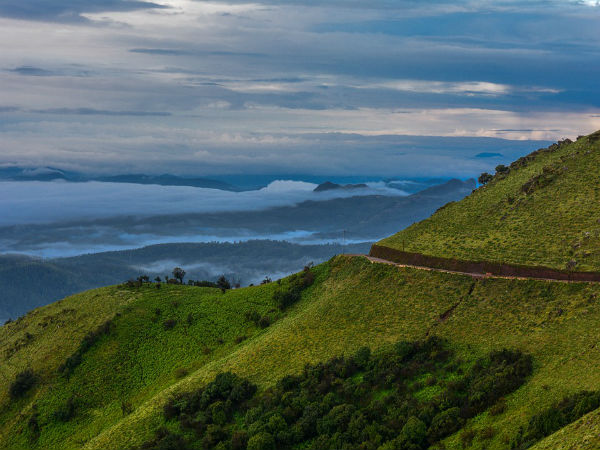 Also known as Sahyadris, the Western Ghats is one amongst the eight hotspots of biological diversity in the world and is spread across six states spanning 1600 km, passing through the states of Gujarat, Maharashtra, Goa, Karnataka, Kerala and Tamil Nadu. The forests in the Western Ghats are considered as the water towers of peninsular India and is the birthplace of 58 odd rivers which include the Godavari, Krishna and Cauvery.

The ghats is not only the protector of 50 million people but is also the home of about 400 odd species of flowering plants, 645 evergreen trees, 120 odd species of mammals, 500 species of birds and many reptiles, butterflies and fishes. The range runs from north to south across the western edge of the Deccan Plateau and disintegrates into the plateau from the narrow coastal plain of Konkan along the Arabian Sea.

There are about 39 spots which include national parks, wildlife sanctuaries and reserve forests which were considered as World Heritage Sites. 20 of them are in Kerala, 10 in Karnataka, 5 in Tamil Nadu and 4 in Maharashtra.

One of the most beautiful hill stations in the state of Kerala is Ponmudi. Unlike other hill stations, this one is not over crowded and showcases a calm and peaceful atmosphere. If you happen to head to this hilly retreat, make sure you go all the way up to the cliff and stare at the vast open areas and the farmlands down below.

Located in the Western Ghats of Karnataka, the temple overlooks the famous mountain range of Kumara Parvatha which is a very popular hiking destination for trekkers from across South India.

The Kumara Parvatha forms a picturesque backdrop to the temple entrance and the Shesha Parvatha adjacent to it resembles a cobra with its open hood, as if protecting the shrine of Lord Subramanya.

The town was called Pandya Nagari during the period of Jain rule and later was renamed as Karikallu which evolved to Karkal and finally to Karkala.

The place is home to quite a number of natural and historically important places, and is located at the bottom of the Western Ghats, wrapped up in greenery throughout the year. The town is strategically connected to Sringeri, Hornadu, Udupi, Kollur and Dharmasthala.

Kakkabe is a trekker's paradise and equally attracts people who come seeking peace. The place is home to a number of treks which vary in their difficulty levels.

Kakkabe also showcases well laid trekking trails to Thadiandamol, which is quite challenging yet enjoyable. The windy peaks here offer unparalleled views of the mountain ranges and valleys of Coorg and the neighbouring regions.

The place gets unbelievably beautiful with countless waterfalls and green mountains, which cast a magical spell on its visitors, especially during the monsoon season.