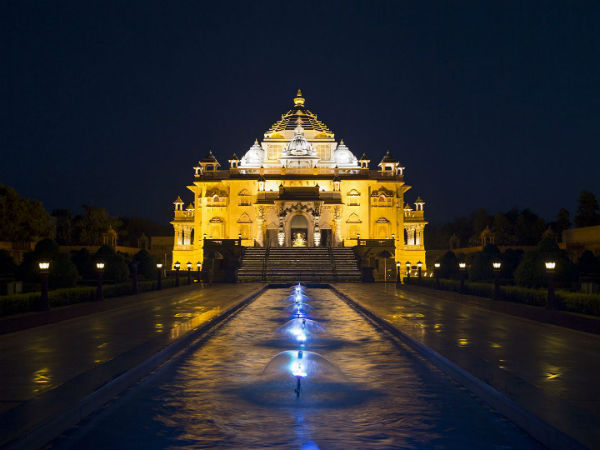 Recently declared as a UNESCO World Heritage City, Ahmedabad is the first city as a whole in India to be entering the charts of UNESCO. A single visit to Ahmedabad is enough to understand why it is part of the world heritage cities. Streets lined with rustic buildings that gleam of brilliant architecture of the past give the city an old-world charm that is hard not to fall in love with.

It is the largest city of Gujarat and is located about 27 km from the capital city of Gandhinagar. Living in Ahmedabad is truly a boon due to the city's cleanliness, accessibility and the ability to live in a place rich with heritage. But on weekends, you can explore the wonderful places that are located close to the city. 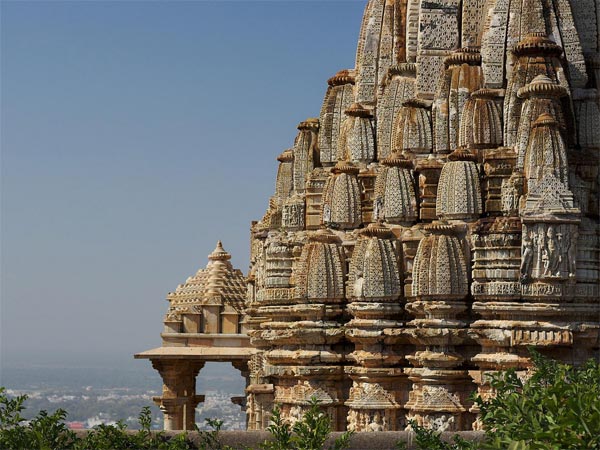 Literally translating to "divine abode of God", Akshardham is a Hindu house of worship that is enveloped with positive spiritual aura that will leave you dazed. It is located 30 km from Ahmedabad which is a 40-minute drive from the city.

This enormous temple complex, which is spread across 23 acres, was built as a tribute to Swaminarayan and his teachings. It is a beautiful structure made of pink sandstone and comprises of a mesmerising garden, exhibition halls, etc.

Adalaj Stepwell was built during the Vaghela dynasty in 1498. It is a magnificent stepwell, also known as Rudabai Stepwell, that has exquisite carvings on its five-storey structure.

The stepwell which was previously used for washing, bathing and drinking is now a stunning work of art open for tourists. It is located 20 km from the city, which is just 35 minutes away. Take your time and explore the fascinating architecture of the Adalaj Stepwell. 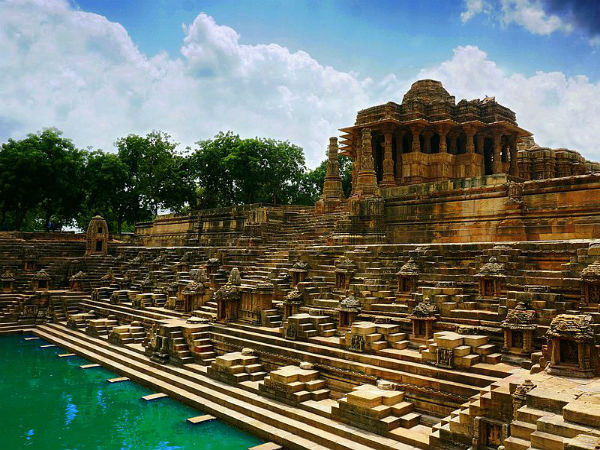 Located near Sanand village at a distance of 64 km from Ahmedabad, Nalsarovar is a beautiful place that is home to migratory birds, especially during spring and winter seasons. Over 210 species of magnificent birds flock to the lake during winter.

Rosy pelicans, brahminy ducks and herons are some of the many birds of Nalsarovar. It is also home to certain endangered animals like blackbuck and wild ass. Boats are available in the lake that take you to the right places during sunrise for birdwatching.

Zanzari falls is an offbeat destination near Dehgam that is located about 80 km from Ahmedabad. It is nestled on the river Vatrak and is formed by a series of rapids. The falls is particularly full during monsoon and might be dried up during other seasons. Hence, the best time to go on a ride to Zanzari falls is between September to February.

Thol is a freshwater lake that was initially built as an irrigation tank back in 1912. Thol Lake is also known for the many birds it attracts, particularly flamingos and sarus cranes. It is located 30 km from Ahmedabad.

Apart from being home to around 150 species of birds, Thol is surrounded by rich vegetation and animals like golden jackal, wolf, blackbuck, etc. You can revel in the beauty of Thol Lake or plan a fun picnic by the lake for a weekend. 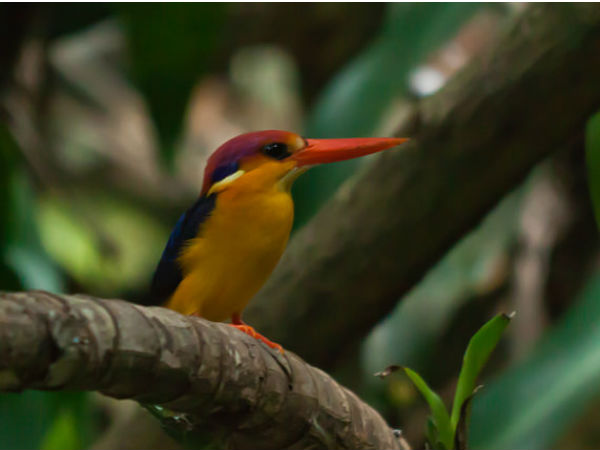 Comments
Read more about: ahmedabad india travel weekend getaways nature lakes heritage
Other articles published on Nov 13, 2017
We use cookies to ensure that we give you the best experience on our website. This includes cookies from third party social media websites and ad networks. Such third party cookies may track your use on Nativeplanet sites for better rendering. Our partners use cookies to ensure we show you advertising that is relevant to you. If you continue without changing your settings, we'll assume that you are happy to receive all cookies on Nativeplanet website. However, you can change your cookie settings at any time. Learn more
Change Settings Continue