Heritage Sites To Visit In Gujarat 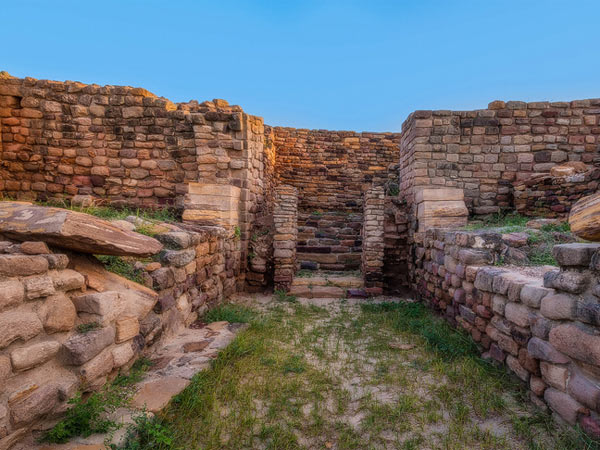 India is home to some amazing destinations and if you are from this wonderful country, you would totally agree to this. The westernmost city of Gujarat, fondly called the land of legends and lions, is a must-visit for every traveller, at least once in a lifetime. Though we think, once you have been there, you are definitely going to keep visiting.

From exploring the wilderness at Gir forest - last home to the rare Asiatic lions - to walking on the salt marshes at Rann of Kutch, from visiting Gandhi's Sabarmati Ashram to seeking tranquillity at Modhera Sun Temple, from partaking the grand Navratri Utsav, Kite Festival and several other colourful festivals to tasting the delicious Gujarati cuisine, there is so much do and see in Gujarat.

With a lovely blend of unique culture, food, traditions and people, Gujarat is home to some of the most impressive heritage sites in the country. Some of these have already made their way to the list of UNESCO World Heritage Sites. We are listing some of the heritage sites which are must-visits when in Gujarat.

The stark and stunningly beautiful landscape of Kutch is one of its kind in the country. The Wild Ass Sanctuary located in the Little Rann of Kutch, closer to the Greater Rann of Kutch, is the largest wildlife sanctuary in India, which is home to the endangered wild ass.

Located on the banks of the Sabarmati river, the historic, walled city of Ahmedabad is the first Indian city that made its way to the list of UNESCO World Heritage Sites in 2017. The city is a treasure trove of a rich architectural heritage dating back to many centuries.

Visit the Bhadra Fort city and its impressive palaces, gates, mosques, and Hindu and Jain temples, and you'd know the reason why the city made it to the list.

Located in the Bhal region of present-day Gujarat, Lothal is one of the most important cities of the ancient Indus Valley Civilisation. The city was discovered in 1954 with archaeological evidences and findings dating back to the 3700 BCE. Even with the remnants and ruins, this ancient city won't fail to amaze you.

The Harappan City Of Dholavira

Another archaeological gem is the Harappan City of Dholavira located at Bhachau in the Kutch district of Gujarat. One of the five largest Harappan sites, the archaeological site of Dholavira is the most prominent one in India. One can visit the impressive and incredible remnants of the Indus Valley Civilisation or the Harappan Civilisation - one of the greatest civilisations of the world - including, but not limited to, massive water reservoirs and other stone structures, the earliest found anywhere in the world.

Situated in the ancient fortified city of Patan in Gujarat, Rani ki Vav is a finely constructed stepwell on the banks of the Saraswati river. Built in the 11th century, this architectural marvel was added to the list of UNESCO World Heritage Sites in 2014. Rani ki Vav meaning queen's stepwell, showcases an incredible work of art, architecture and engineering. The ornate structure is also known to be one of the cleanest iconic places to visit in India.