Heavenly Places In India That Are Under The Control Of Pakistan 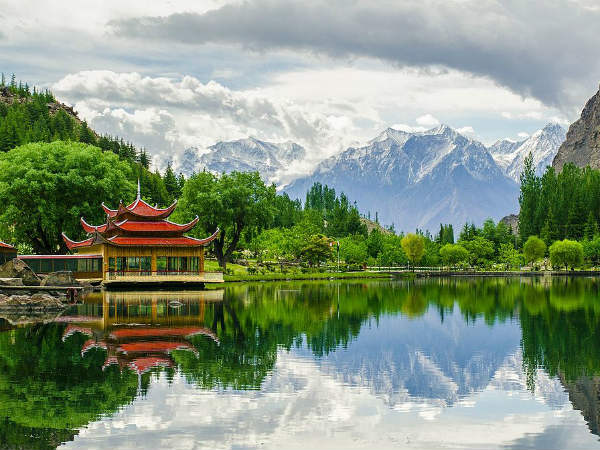 Do you really think Jammu and Kashmir is the only part of India that deserves to be defined as a heaven on earth? Well, you would be compelled to change your schema once you get to witness the grandeur of the following places in India. Such is the presence of their natural beauty that even God would love to reside there. If we have to describe these beauties in one word, then it would certainly be - Unbelievable. But do you know these heavenly places in India are actually under the control of Pakistan today? Yes, and it is not easy to enter these kingdoms of paradise, especially if you are an Indian and are visiting them as a tourist.

However, if you have relatives at these places, then you need to take a special permission from the Pakistan embassy. Let's move ahead and learn in detail about these out-of-the-world places which will certainly leave you stunned. Read on!

Settled on the banks of the Hunza river in the midst of snow-capped mountains, Karimabad is a historic city which has become popular amongst nature lovers over a period of time. Even though it is home to several age-old monuments, it is mostly frequented by tourists who come here to capture the beauty of sky-touching mountains, charming lakes and colourful vegetation.

As per historical records, Karimabad dates back several centuries when the region was under the control of the Mir of Hunza and was known as Baltit. Have you ever seen a lake with turquoise waters surrounded by snow-clad mountains?

If not, then the beauty of Attabad Lake in Karimabad is all set to astonish you to the core. Today, Karimabad is one of the most visited places in the Indian region that has been occupied by Pakistan. Other interesting spots here include Baltit Fort, Queen Victoria Monument and Channel Walk.

Well, if there is any other place in the region of India which can give neck and neck competition to the beauty of Jammu and Kashmir, then it is certainly Skardu. Such is the magnificence of its natural expanse that it cannot be defined in a few words. In fact, a book of a thousand pages would prove incomplete to justify its beauty.

Now, you can imagine what kind of nature it must be harbouring. Located on the banks of the Indus river, the settlement in Skardu dates back to thousands of years when the region was inhabited by the Buddhist monks.

From forts to lakes and lush green vegetation to religious sites, there is a lot to witness here. If there is any word which can justify the beauty of Skardu, then it is certainly heaven. The major places which must be visited here include Skardu Fort, Shigar Fort, Skardu Mosque, Shangrila Lake, Deosai Plains and Manthal Buddha Rock.

Another beauty which deserves to be visited by every traveller, Gilgit is settled at the conflux of Gilgit and Hunza rivers and is characterised by its towering mountains and historical places. It has history dating back to thousands of years when the region was dwelt by the Buddhist monks and a few local communities, such as Brogpas.

Therefore, you can find several historical sites within its boundaries. Did you know Gilgit was also one of the significant parts of the historic Silk Route? Apart from savouring the heavenly beauty of its natural expanse, you can also visit places such as Gilgit Imambara, Kargah Buddha, Naltar Valley and Fairy Meadows. What do you think about a visit to Gilgit now?

A beautiful valley which can leave behind several other valleys of Jammu and Kashmir when the bet is on a heavenly charm, Yasin Valley is located in the Pakistan Occupied Kashmir of India. Being a high mountain valley, it provides its visitors with unbelievable views of nature.

From rivers to meadows and mountains to lush vegetation, there is a lot which can be savoured within its boundaries. Ruled by several dynasties over a period of time, this picturesque valley is a wonder in itself and is a must-visit destination for every traveller. The major places to visit here include Chiliharang, Damalgan, Gindai, Morka and Nazbar Valley.

So, what do you think about these heavenly beauties now? Don't you think they deserve to be on the bucket list of every globetrotter?