Head To The World Heritage Site Of Ajanta Caves From Mumbai 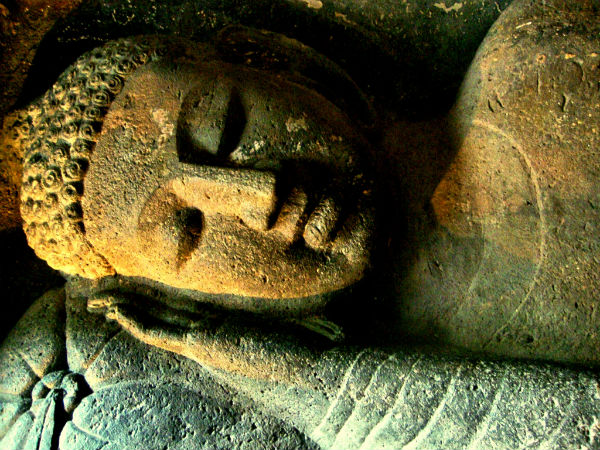 Situated at a distance of 425 km from the metropolitan city of Mumbai one would reach the World Heritage Site of Ajanta Caves. The caves were discovered by an army officer in the Madras regiment of the British Army in the year 1819, and very soon the place gained its position amongst most important tourist destinations in the country.

The caves are excavated in the shape of a horse shoe which overlooks a narrow stream. There are about 30 caves which were excavated, and amongst them there is an unfinished one. Owning to its location, these caves throw light on the influence Buddhists have had on them. Many monks choose this secluded location for meditation.

Although the caves are open to visitors throughout the year, the winter and monsoon months are considered to be the best time to visit. That would be during October to March and from June to September respectively.

By Air: Aurangabad is the nearest airport to the site which is located at a distance of approximately 99 km from here. The airport is well connected to most of the major airports across the country such as Delhi, Mumbai, Chennai etc.

By Train: Aurangabad is the nearest railway head for one to reach by train. The station is well connected to major stations across the state of Maharashtra and to a number of other cities across the country.

By Road: One of the best ways to reach the caves is by road as the place offers much better connectivity via road. One can find regular buses which operate from major towns and cities across the state to reach here.

If one opts to travel to the caves by road from Mumbai, one can follow any of the below mentioned routes to cover the respective distances.

If you opt for Route 1, then it would take you around 8 h to reach the caves from Mumbai which is located at a distance of 425 km.

Igatpuri is a well-known hill station which comes en route to the destination of Ajanta caves. The place is home to the Vipassana International Academy which teaches the ancient techniques of Vipassana for mediation. Other major attractions here are the Camel Valley, Ghatandevi Temple, Amrutheswar Temple, Kalsubai Peak, etc.

Kopargaon is around 14 km from the holy town of Shirdi. The town itself is considered to be a holy place as it is home to a lone temple which is dedicated to Shukracharya. Apart from the shrine of Shukracharya, there are a number of temples dedicated Shirdi Sai Baba.

Aurangabad, is place which has a lot to offer, from forts, caves, temples, tombs and much more. The city throws its hands wide open in welcoming its visitors, who are marveled by the heritage structures found here. Some of the main attractions here are Bibi Ka Maqbara, Grishneshwar Temple, Soneri Mahal, etc.

The rock-cut caves date back to the 2nd century BCE and include paintings and rock-cut sculptures that are believed to be one of the finest examples of the Indian rock art. The caves constitute of monasteries, prayer halls and carvings which depict the Jataka tales along with various forms of the Buddha.

The caves here were created in two phases. The first phase dates back to the 2nd century BCE to the 1st century BCE, during this time the region was under the rule of the Satavahana Kings. The second phase belongs to the 5th century AD when the region was ruled by the Vakataka Kings.

The cave temples were fully painted but only few have survived the test of time. Although many caves do not have paintings at all, or are left incomplete, some say they were intentional left so as these caves were homes to the Buddhist monks. Whereas few say they were suddenly left abandoned after the death of a king.

Whether left incomplete intentionally or not, these caves speak volumes about the mastery which the natives had over art and sculpture even at such a medieval period of time, and it continues to astound every individual who comes to visit this World Heritage Site.