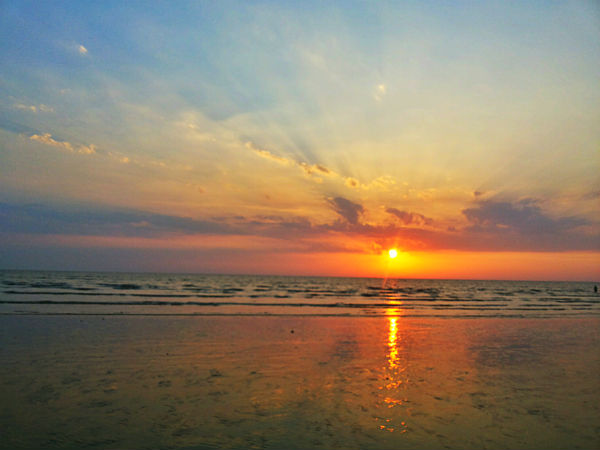 Situated in the Thane district of Maharashtra is Palghar. It is a huge town which is filled with historic and religious places.

If you are a person who loves the water waves and the cool breeze which flows along with them, Palghar is definitely the place for you to be at. The place is well known for its production of Chikko; the place also has a festival which is celebrated and is named after the fruit.

The Kelva Fort here dates back to the 16th century which was built by the Portuguese and was used by Shivaji for defence purposes. It is a beautiful place for those who are interested in history, art, architecture and much more.

Best Time To Visit: Palghar is a year round destination.

By Train: Palghar has its own railway station named as Palghar Railway Station which is connected to the major cities of Maharashtra. It is linked with the cities like New Delhi, Bangalore, Mysore, Jamnagar, Chennai, etc.

By Road: One of the best ways to reach Palghar is by road. The town is well connected by roads and there are regular buses which operate from major cities to Palghar. The total driving distance from Mumbai to Palghar is around 115 km.

There are two routes that can be taken, which are as follows:

Those who want to opt for Route 1, it would take you approximately around 2 h 13 min to reach Palghar, via NH 48 . The route takes you through the well-known towns of Thane, Manor, etc.

The roads are well-maintained, which helps one to cover the distance at a good pace and the distance is about 115 km through this route.

If you opt for Route 2, it would take you approximately 3 h to cover a total distance of 109 km from Mumbai to Palghar, via Western Express Highway and NH 48.

Thane can be an ideal stopover for some delicious breakfast; after a filling breakfast, one can go around the place. Thane is locally known as Thana and is also known as the city of lakes; the city has a total of 30 odd lakes in its vicinity.

The most beautiful of them is the Masunda Talao, also known as Talao Pali. The lake offers boating and water scooter facilities. Some of the other popular lakes are Upvan Lake, Tansa Lake, Kacharali Talao, Makhamali Talao, Siddheshwar Talao, Bramhala Talao, Ghosale Talao, Railadevi Talao, etc.

This place has something or the other for all kinds and ages of people. From kids to old people, everyone would have a great time in Palghar. Visiting the place once will definitely make you want to visit it over and over again.

The Kelva Beach is one of the most popular beaches here. It is well known for its large stretch which stretches over 8 km. It is said to be one of the cleanest, untouched and silent beaches in the country which is surrounded by suru trees.

On the beach is yet another attraction, the Kelva Fort. It was built by the Portuguese in the 16th century and then later conquered by Shivaji. However, the fort can only be visited by climbing the wall. It is said that this fort was used by Shivaji for defense purposes.

Another major attraction here is the Ram Temple. As per legends, Rama along with his younger brother, Laxmana were imprisoned by Mahiravan and Ahiravan right here in their time. Lord Hanuman had rescued them and ever since that spot has become an important place for the Hindus.

Located very close to the Shirgaon beach, Shirgaon Fort is believed to have been inhabited by the famous Maratha ruler, Shivaji.

Like most of the other historic forts, this fort was used to keep a check on the whereabouts and movements of the enemies and protect the royalty from them.