Nativeplanet
»
Travel guide
»Have You Ever Been To Sita Kund In Bihar And Unveiled Its Greatness?

Have You Ever Been To Sita Kund In Bihar And Unveiled Its Greatness? 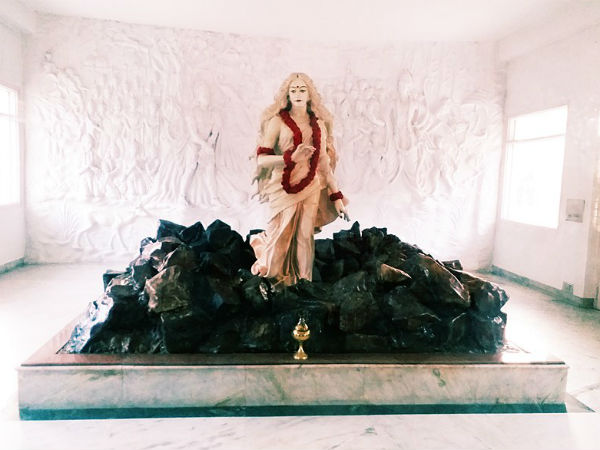 Being one of the ancient places in the world, the state of Bihar is a perfect place for every traveller, who is looking forward to spending some time amid historical places and age-old sites. As it has also been the land where religions like Jainism and Buddhism flourished, you can find innumerable places of spiritual and religious importance here.

These historical places have become pilgrimage destinations over a period of time and hence, are visited by thousands of pilgrims every year today. One such place in Bihar is Sita Kund, which is located in the Sitamarhi district and is considered to be one of the holiest places in India.

Have you ever been to this wonderful place which registered its outset thousands of years ago? Read on to know more about Sita Kund in Bihar and why it is so special amongst Hindu pilgrims.

Sitamarhi experiences an extreme type of climate and hence, the summers are very hot in and around its region. However, being a place of historical and religious significance, Sita Kund at Sitamarhi is visited by several travellers and Hindu pilgrims throughout the year, irrespective of the weather and the climatic conditions.

So, if you are planning to visit Sita Kund to learn about its history and listen to the interesting legends related to Goddess Sita, then you can visit it anytime during a year. If you do not want to experience the hot sun of Sitamarhi, then the best time is from October until the end of March.

A Little Bit Of History And Its Formation

Sita Kund is one of the most visited religious spots in Sitamarhi district and is believed to be the birth place of Goddess Sita. Janaki Mandir, located in its vicinity, is the actual worshipping place, where you can find hundreds of Hindu devotees coming everyday and providing their goddess with several offerings.

As per local legends, it is also believed that this temple is one of the oldest temples in the world and was built overnight. However, the current building of the temple was constructed a few years ago. Once you have found yourself in the locality of Sita Kund, you will certainly be lost in its spiritual atmosphere. Even though the place is crowded with pilgrims throughout the year, you can still find solace here, such is the devotional aura of Janaki Temple and Sita Kund.

Speciality Of The Region Around Sita Kund

The major speciality of the region around Sita Kund lies in its beautiful environment filled with positive vibes and the alluring smell of incense sticks. Wouldn't you love to feel such an amazing experience where you are entirely lost in spirituality?

Once you have stepped on the lands of Sitamarhi, you can certainly feel the importance of Sita Kund and other religious sites, which provide a blissful atmosphere to its visitors. So, how about planning a trip to Sitamarhi now and visiting its beautiful sites of religious and historical importance?

Other Places Of Interest Near Sita Kund

Apart from Sita Kund and nearby Janaki Mandir, there are a lot of places which must be explored in Sitamarhi district. These historic places include Haleshwar Sthan, an ancient Lord Shiva temple founded by the king Videha, Panth-Pakar, an ancient place and a religious site of banyan tree under which Goddess Sita is believed to have taken rest while heading towards Ayodhya after her marriage, Bagahi Math, the Hindu monastery with 108 rooms to perform yajnas and other rituals, and Goraul Sharif, a holy place for Muslims.

Isn't Sitamarhi an ultimate destination for those who love exploring sites of religious as well as historical significance? You can also explore beyond the boundaries of Sitamarhi and visit Muzaffarpur and Sheohar.

How To Reach Sita Kund At Sitamarhi

By Air: The nearest airport from Sita Kund at Sitamarhi is located at Patna at a distance of about 135 km. From the airport, you can either catch a bus or hire a taxi to Sitamarhi.

By Rail: There are direct trains available to Sitamarhi Junction from nearby cities and towns. From the railway station, you can get an autorickshaw to Sita Kund.

By Road: The region around Sita Kund at Sitamarhi is a good network of roads and hence, you can comfortably reach your destination by road.

Comments
Read more about: india travel tourism temples bihar
Other articles published on May 18, 2018
We use cookies to ensure that we give you the best experience on our website. This includes cookies from third party social media websites and ad networks. Such third party cookies may track your use on Nativeplanet sites for better rendering. Our partners use cookies to ensure we show you advertising that is relevant to you. If you continue without changing your settings, we'll assume that you are happy to receive all cookies on Nativeplanet website. However, you can change your cookie settings at any time. Learn more
Change Settings Continue