Hajo - The Pride Of Assam 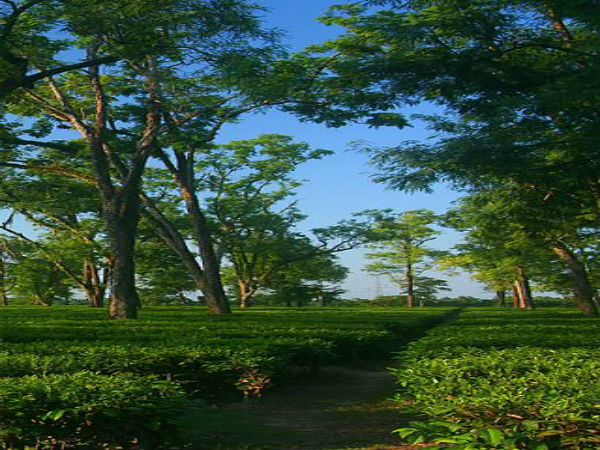 Situated on the banks of Brahmaputra river, Hajo is an archaic city located about 24 km away from the capital city of Assam, Guwahati. It is a famous pilgrimage centre for the three main religions of India; Hindus, Muslims and Buddhists. Legend has it that Buddha attained Nirvana in this spiritual paradise. And with umpteen number of temples, mosques and pagodas, Hajo welcomes people from all walks of life.

Besides the spiritual places, Hajo also boasts many natural bounties that will you in awe with the site. Thus, Hajo is a must-visit destination for a vacation in Assam. To assist you with the same, we offer you a complete travel guide for Hajo tour.

By rail: The nearest railhead is situated at Guwahati. Regular train services connect this place to other major cities, like New Delhi, Kolkata, Bangalore, to name a few. From this train station, one can avail a bus or rent a taxi to travel down to Hajo.

By road: The city of Hajo offers a good network of roadways and is well connected to other parts of Assam. The town is just about 25 km from the Adabari Bus interchange in Guwahati. And many town buses can be boarded from the Kachari town Bus Stand, located in the Judge Field Space of Guwahati.

Blessed with a tropical monsoon climate, Hajo's topography is similar to other regions of North-East India. The most effective time to go to Hajo is in Monsoon, i.e., from June to September, once it's in its full glory. Throughout Monsoon, Hajo is carpeted in verdure, providing a much required visual treat.

Places To Visit In Hajo

Hayagriva Madhava Temple is a Hindu Temple that is home to the stunning idol of Lord Vishnu, similar to the idol of Lord Jagannatha in Puri. Legend has it that Lord Buddha is believed to have attained Nirvana at this spiritual abode. Therefore, this site is also a sacred hotspot for various Buddhists monks.

Visitors can climb the fleet of stairs to reach the temple. And many relatively small temples lie within the vicinity of the temple. Holi is commemorated with full grandeur in the temple, as it is one of the popular festivals in Assam.

The word 'Powa' suggests 1/4th or quarter in Assamese, and therefore, Powa Mecca figuratively represents as a miniature version of Mecca. The burial chamber of Pir Giasuddin Auliya, a pioneer of Islam, is found here. It was created by Mir Lutufullah-i-Shiraji in 1657, during the rule of the Mughal Emperor Shahjahan. Rumour has it that the foundation of the Mosque here was laid, on the soil that was brought from Mecca.

Located atop the Madanachala Hill in Hajo, this Shiva temple is believed to be one of the oldest temples in the Indian subcontinent. This temple showcases a large Shivalinga, made of stone, that is covered by a large metal bowl. The archaic Shiva Linga is also popularly called the Svayambhu Linga. And is referred to as the Ardhanariswara form of Lord Shiva.

Joy Durga Temple is one of the popular sacred places for Hindu devotees. The temple is dedicated to the Goddess with ten hands, Durga. The idol within the temple is made of stone. The temple is set on prime of a hill, next to the Kedareswara Temple. The temple was built in the year 1777, under the orders of the Ahom king, Lakshminath Singha. First and foremost, this place has quite outstanding spiritual significance, and thus, a variety of devotees visit the temple. Besides Joy Durga Temple, there's another temple of Lord Shiva or Kedareswar near, that is quite renowned among the tourists

Built-in the eighteenth century by the Ahom king, Pramatta Singha, the Kamesware Temple is one of the most archaic and sought after temples in Assam. In later part of the history, it was changed into a Shiva temple. The Shiva Linga present in the vicinity of Kamasware temple resembles the one in Kedarnath.