Nativeplanet
»
Travel guide
»Get To Know Palampur: The Tea Capital Of North India

Get To Know Palampur: The Tea Capital Of North India 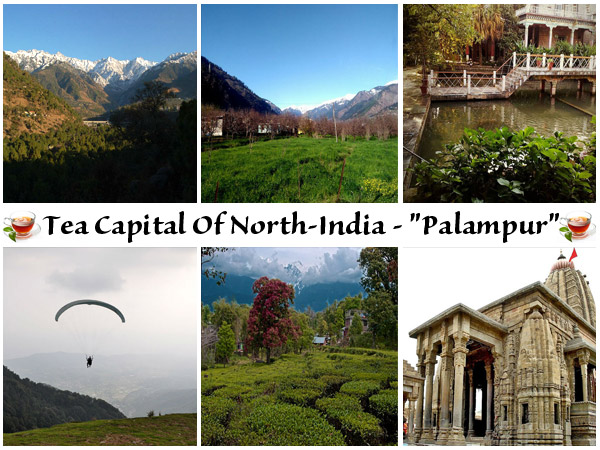 Palampur is known for its tea plantations and the best quality tea that it yields. It was first discovered by the British, but soon turned into a bustling town, as a major centre for trade and commerce.

The town gets its name from the local word palum which means lots of water. There are numerous streams which flow from the mountains to the plains from Palampur. The greenery and the water give it a very distinctive look.

It is at the confluence of the plains and the hills which makes the scenery eye catching. With plains on one side and the snow-covered hills on the other, Palampur is an ideal destination for the tourists.

Palampur has a mild temperate climate throughout the year and can be visited anytime. However, the best time to visit would be in summer from March to June when the weather is cool.

By Air: The nearest airport is Gaggal Airport, which is approximately 25 km from Dharamshala. The airport is well connected to all the major cities in the country like Delhi, Bangalore and Mumbai, to name a few.

By Road: Palampur is well connected by road. It is at a distance of 486 km from Delhi and 259 km from Chandigarh. There are plenty of buses which operate from both the cities to Palampur.

The town of Palampur came into existence when Dr. Jameson, the superintendent of botanical gardens introduced the tea bush from Almora in 1849. The bush became successful and the town became the focal point of the European tea estate owners.

The famous Wah Tea Estate which was owned by Nawab Muhammad Hayat Khan and his descendants was an exception admist the Europeans, which seized to exist in 1947. The Kangra tea of Palampur is known internationally.

Palampur has also been called one of the best paragliding sites in the world. It is an ideal place to enjoy trekking and paragliding. There are many routes that one can trek, one of which is over the Sanghar Pass to Bharmour via Holi.

It is also known as the tea capital of North India. It has gained immense popularity for its scenic beauty and also for the beautiful temples and buildings built during the Colonial period.

As Palampur is known as the tea capital of North India, the tea estates here attract tourists. The lush green beauty and the efficient way in which the gardens are run interest the visitors.

One can visit the Palampur Tea Cooperative as well and witness the tea-making process.

The monastery not only serves as a place of worship for the Buddhists, but is also home to various Tibetan refugees. The complex has a college and a restaurant, which offers Tibetan cuisine, besides the main shrine.

The monastery is one of the must-visit places in Palampur.

One of the beautifuly built temples here is the Bajinath Temple which is dedicated to Lord Shiva. The architectural design has a striking resemblance to the Jagannath Temple in Puri.

It is believed that Raavan meditated here to Lord Shiva, to attain immortality. The artistic perfection which is found in this structure is designed to blend with the religious significance of this place.

The Neugal Khad provides an excellent view of the Dhauladhar ranges. It literally roars in the rainy season and gurgles all the year round. The Neugal Cafe here provides a good variety of food and also a good view.

This beautiful park is a must-visit if you are looking for some relaxing time amongst the lush greenery and mountains. The park has water bodies, a picnic shed, a park for children, an open air theatre and much more.