Get To Know More On Mahakuta Group Of Temples 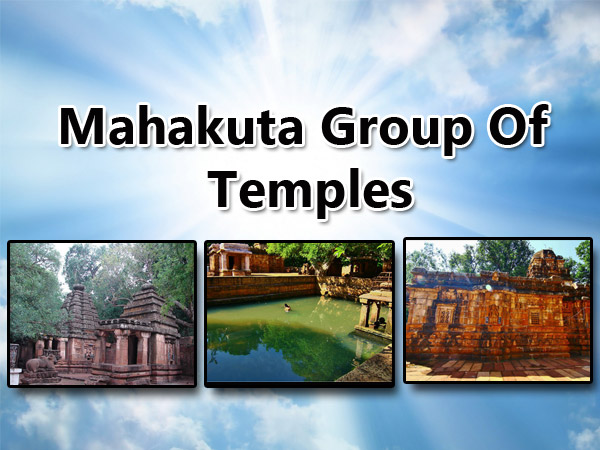 Mahakuta in translation means the great group. Located at a distance of about 15 km from Badami and 10 km from Pattadakal, Mahakuta is a group of temples dedicated to Lord Shiva. The temples here, dates back to the 6th or in the 7th century and were constructed by the kings of the Chalukya dynasty of Badami.

The exact dates of the temples are difficult to ascertain, but the architectural style and its similarities to the temples at Aihole, gives a fair idea to the time frame of the construction of the group of temples.

Mahakuta also provides two important inscriptions, the first one is a pillar inscription named as the Dharmavijayastambha. It dates back to the time of Pulakeshi I (543-566) who was the first ruler of the Chalukya Dynasty. The inscription is a record for a grant of ten villages made by his queen Durlabhadevi to Lord Mahakuteswara.

The inscriptions also record some of the details of the Chalukya lineage and their military expeditions and achievements.

The next inscription is recorded on the porch of the Mahakuteshwara temple which record the grant of rubies and silver umbrellas made to the Lord by a courtesan of Vijayaditya, named Vinapoti.

The temples were built by the Badami Chalukyas and is a reflection of the Aihole style of temple construction. The style of construction here is a mixture of the Nagara and Dravidian styles. They have tiered or a curvilinear tower over the sanctum.

The most important temple in the group is the Mahakuteswara Temple dedicated to Lord Shiva. The temple is constructed in the Dravidian style or the South Indian style of architecture.

The courtyard in the temple has several other smaller temples which are in different states of ruins and are on their way to be restored.

There are around two dozen temples in the area and the important ones are Mahakuteshwara and Mallikarjuna. On the walls of the scores of temples one can find a lot of carvings depicting Shiva in various poses.

The Mallikarjuna temple has ornate carvings at its entrance, ceilings and walls. The architecture of this temple is very similar to that of the Mahakuteswara temple.

There is a natural spring which originates in the mountains and flows through the temple complex in a spring fed tank called Vishnu Pushkarni. The tank is also known as Papavinasha Tirth which means the purification tank.

One can notice a Shiva linga in a small shrine which is present at the centre of the Pushkarni, the linga has five human faces carved on it, with one face in each direction and one on top.

There is also a submerged shrine dedicated to Lord Shiva in the depths of the tank, which is very difficult to access as nobody until this day has been able to ascertain the depth of the tank.

The best time to visit Mahakuta is from the months of September to February when the weather is quite pleasant.

The temples are open from 6 AM to 6 PM But it is advisable to visit it during the daytime to see its beauty.

Comments
Read more about: badami pattadakkal heritage travel temples pilgrim spiritual
Other articles published on Mar 14, 2017
We use cookies to ensure that we give you the best experience on our website. This includes cookies from third party social media websites and ad networks. Such third party cookies may track your use on Nativeplanet sites for better rendering. Our partners use cookies to ensure we show you advertising that is relevant to you. If you continue without changing your settings, we'll assume that you are happy to receive all cookies on Nativeplanet website. However, you can change your cookie settings at any time. Learn more
Change Settings Continue