Get A Dose Of Wildlife At The Dudhwa National Park 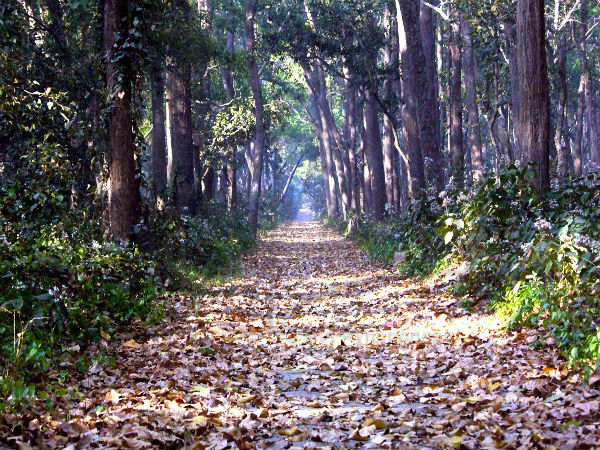 The Dudhwa National Park is part of the Dudhwa Tiger Reserve and is a protected area which stretches across the districts of Lakhimpur Kheri and Bahraich, comprising not only of the tiger reserve but also the Kishanpur Wildlife Sanctuary and the Katarniaghat Wildlife Sanctuary, which all together covers an area of approximately 1285 km.

The beautiful landscape is divided into two zones, the first is Bhabar, which is a hilly terrain filled with boulders and lush woods of sal trees. The second, is the Terai which is different from the first one; this one is rich in clay swamps and grasslands. The Terai is considered as one of the most important ecological regions due its large mammal presence.

The national park has the Mohana river in the north and the Suheli in the south and has one of the highest density of endangered animals and birds across the globe. The national park along with the Kishanpur Wildlife Sanctuary is well known for the sightings of the hog deer, fishing cat, tiger, alligator, elephant and migratory birds. Whereas, the Katarniaghat Sanctuary is known for unique terrain to spot the gharial, Gangetic dolphin, long-billed vulture, otter and many more species.

The Dudhwa National Park is located on the borders of India and Nepal, which stretches from the Yamuna in the west to the Valmiki Tiger Reserve in Bihar in the east direction. The national park is spread across five states, through the Shivaliks and the plains of the Ganges. The tiger reserve is the only place in the country which is home to a reasonable population of the northern swamp deer along with large population of tigers.

The area was first established in the year 1958 as a wildlife sanctuary for the swamp deer. Things took a turn after the efforts of Billy Arjan Singh; the area got notified as a national park in the year 1977. After which in the year 1987, the park was declared as a tiger reserve and was brought under the awareness of the Project Tiger; Project Tiger is a conservation programme which was launched in the year 1973 by the then Prime Minister Indira Gandhi.

The best time to visit the park is from February To April, the park remains closed to visitors from July to September and is open to public only from November to June.

By Air: The nearest major airport is the Lucknow Airport which is located at a distance of 238 km from here. The airport is well connected to major cities across the country with regular flights to Delhi, Bengaluru, Mumbai, etc.

By Train: Dudhwa is the nearest railhead from here, the station is well connected to major towns and cities across the state and to some stations outside the state.

By Road: One of the best ways to reach the place is by road as it offers pretty decent road transport. Delhi is located at a distance of 410 km from here and Lucknow is around 230 km from here.