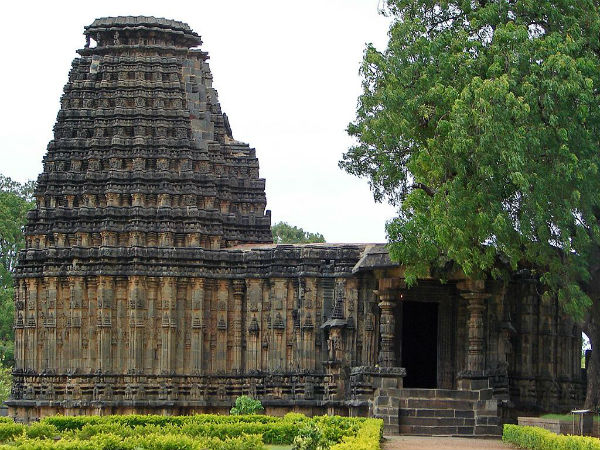 Gadag is a district in the state of Karnataka. It was formed in 1997 when it bifurcated itself from Dharwad district. Gadag is an ancient city that boasts a rich Indian history with fascinating archaic architectural structures and temples. Besides temples and monuments, Gadag is also home to Magadi Bird Sanctuary; you can spot 80 to more species of birds here. Consequently, offering a much-required visual treat to all bird watchers.

Here is a complete travel guide for Gadag tour.

How To Reach Gadag

By air: Hubli Airport is the nearest airport, and it is 57 km away from Gadag. There are regular flights from other major cities in India to Hubli. You can avail a bus or cab to reach Gadag.

By train: Gadag Railway Station is located in the heart of the city, and it is well-connected to other major cities in India.

By bus: Roadways are well maintained to Gadag and well connected to other major cities in India. Good connectivity of buses makes a journey to Gadag, an easy task.

Winter season is the best time to visit Gadag, i.e., from December to February. Overall weather during winter is enjoyable, providing favourable conditions for tourists and travellers to explore without being subjected to scorching heat.

Places To Visit In Gadag

Lakkundi, located about 18 km from the heart of the city, is an unexplored gem, little known to tourists and travellers in India. It is also close to Hampi. Mallikarjuna, Lakshminarayana temple, and Someshwara are a few famous archaic temples in close proximity of Gadag city. With 50 plus ancient temples located in and around Gadag, it is a must-visit for history buffs or anybody who has an interest in architecture. Besides temples,

Situated about 64 km from Gadag, in Hubli, Indira Glass House or Glass House (as locally called) is one of the most visited tourist destinations near Gadag. This glasshouse is said to host many exhibits, meetings, programme and also flower shows. The glasshouse has a well-maintained garden area to sit back and relax, and a playground for kids, to have a gala time.

Siddharoodha Math was built in honour of the famous Advaitha philosopher of 18th century, Shri Siddharoodha Swamy. This is a well-renowned Math, and it is said that the great freedom fighter Mahatma Gandhi paid a visit to Siddharoodha Math; such is the popularity of this place.

Spreading across a mammoth 200 acres of land, Unkal lake hosts many popular recreational hotspots and activities for kids and adults. Located about 64 km from Gadag, Unkal Lake hosts a statue of Swami Vivekananda at the centre of the lake. Lush green meadows and hills surrounding it make it a must-visit place near Gadag.

This well-renowned rocky masterpiece allures not just people from India but also from around the world. It boasts four caves, out of which, three caves have temples dedicated to Hindu gods, and the other is home to a Jain temple. Moreover, all the caves have porches adorned with brackets and leading towards the main hall. The caves are well maintained by the local tourism department.

Badami fort is an archaic monument built during the reign of Chalukya dynasty. The fort represents the long last legacy of the Chalukyas and Pallavas. The entrance is decked with Nandi (Shiva's bull) welcoming tourists and travellers. There are many small shrines dedicated to Shiva and Vishnu. Besides its historical significance, it is believed to house the treasure of Tipu Sultan.

On the way to Gadag, it is recommended that you visit Bhavanishankar Temple. It was built in honour of Lord Vishnu. It was constructed during the Chalukya era and is decked with all ten incarnations of Lord Vishnu

Comments
Read more about: gadag karnataka
Other articles published on Nov 28, 2019
We use cookies to ensure that we give you the best experience on our website. This includes cookies from third party social media websites and ad networks. Such third party cookies may track your use on Nativeplanet sites for better rendering. Our partners use cookies to ensure we show you advertising that is relevant to you. If you continue without changing your settings, we'll assume that you are happy to receive all cookies on Nativeplanet website. However, you can change your cookie settings at any time. Learn more
Change Settings Continue