From Garden City To The Beach Town Of Mangalore 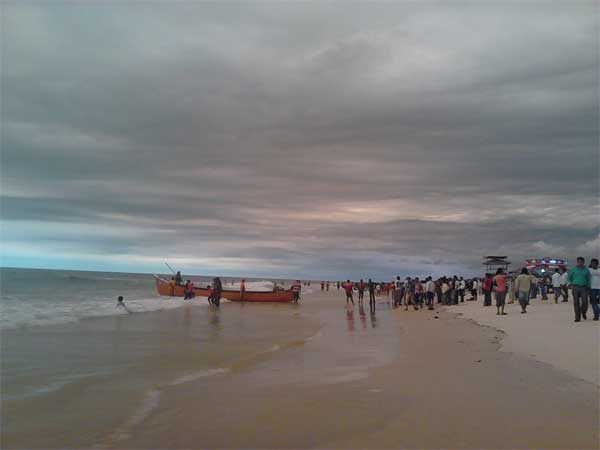 Settled on the coast, Mangalore has an alternate vibe of a laid-back coastal town and a chaotic town. It is at a distance of 352 km from Bangalore. Mangalore is the largest city in the Dakshina Kannada district. It is one of the most urbane non-metropolitan cities in India.

Named after the presiding deity of Mangaladevi Temple, Mangalore was initially ruled by the Kadambas, then by Keladi Nayakas, and finally, it fell into the hands of the Portuguese. Eventually, it was annexed to the state of Mysore in 1956. 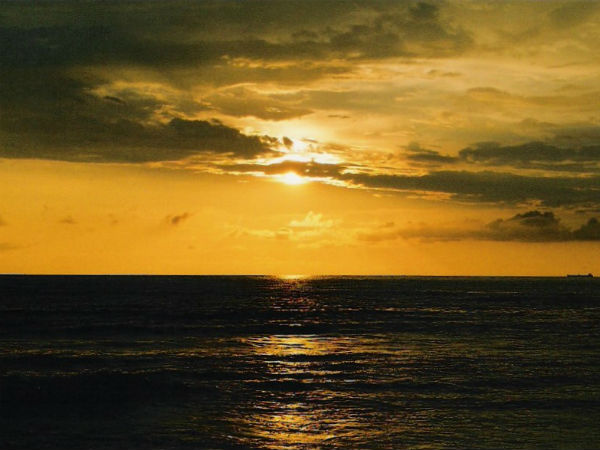 It first appeared in 1345 during the Vijayanagar rule. Many stone sculptures from the era refer to Mangalore as Mangalapura. It is one of the major ports on the Arabian Sea. Mangalore has been chosen to be developed as a Smart City under the Smart Cities Mission.

Although Tulu and Konkani are the primarily spoken languages here, people are well-versed in English and Hindi; owing to the Cosmo vibe of the city.

Winters months from November to February are said to be the best months to visit Mangalore. The temperatures do not drop beyond 20 degrees Celsius and the humidity is manageable during winters.

Summers from March to May are harrowing, owing to the extreme temperatures of 32 degrees Celsius and upwards. Monsoons are just about manageable, but the rains might play a spoilsport to your plans of sightseeing.
PC: flickr.com

How To Reach Mangalore?

By Air: Mangalore has its own airport. The Mangaluru International Airport (airport code: IXE) is located near Bajpe and is 15 km away from city center. It is the second largest airport in Karnataka. There are direct flights from Bangalore. The time taken to fly from Bangalore to Mangalore is 50 minutes.

By Road: There are three routes to get to Mangalore from Bangalore.

Route 1: Bangalore - Kunigal - Channarayapattna - Sakleshpur - Mangalore; via NH 75. The distance covered is 352 km and the time taken to cover the distance is 6 h 36 min.

Since Route 1 is the shortest and also takes a lesser time to cover, we recommend the first route.

Bangalore to Kunigal is about 70 km and takes around an hour and a half to reach the place. Siddhalingeshwara temple in Kunigal is a famous temple, which is built in the Dravidian style of architecture. It is dedicated to a highly respected Veerashaiva teacher, Totada Siddalinga. Marconahalli Dam is built on River Simsha. This dam was mainly built to protect Siddhalingeshwara temple from drowning. This is an ideal spot for picnicking amidst the roaring noise of River Simsha.
PC: Akshatha Inamdar

On the way is Shravanabelagola - a celebrated and an important religious center for those belonging to the Jain community. The Bahubali statue here is 57 feet high and it is the tallest monolithic statue in the world.
PC: Arpa Ghosh

Kunigal to Channarayapatna is around 80 km and takes an hour and a quarter to reach. It is known for temples such as Gadderameshwara Temple, Chennakeshava temple, Chandramouleshwara temple, and Jayagondeshwara temple.
PC: Ycsanster

Next on the route is Sakleshpur. Around 80 km in distance from Channarayapatna, Sakleshpur is an adventure lover's paradise. Green Route Trek, Jenukkal Gudda trek and Manjehalli waterfalls trek offer lovely trekking trails, which capture the beauty of Sakleshpur. Built following the Hoysala style of architecture, Sakaleshwara temple is dedicated to Lord Shiva.

Mangalore is at a distance of 130 km from Sakleshpur. It will take 3 hours to reach the place. And now, here's where you can go while in Managlore.
PC: Subharnab Majumdar

Situated in Bolar in Mangalore, this temple has multiple beliefs behind its origin. It is said to have been built by Kundavarman, of the Alupa dynasty, in the 9th century. Another legend has it that this temple was built by Parashurama. This temple follows the Malabar/Kerala style of architecture; where the temple structure is made of wood. This temple is dedicated to Goddess Mangaladevi, who belonged to the Vajrayana sect of Buddhism.
PC: Vinay bhat

Panambur beach is a beautiful beach in Mangalore. It is arguably the safest beach in India, which employs trained lifeguards at the beach at all times. Jetski, boating, camel rides, ATVs, parasailing, water scooter, surfing, etc., are some of the fun and adventurous activities available on the beach. You can also go Dolphin spotting at the Panambur beach.
PC: Dr. Rushikesh joshi

This is a temple dedicated to Lord Shiva, and is known as one of the oldest temples in South India. It is believed to have been built during the 10th or 11th century. Kadri Manjunatha Temple is associated with Hinduism and Buddhism. It is a belief that Buddhism was followed here until 10th century.
PC: Ssriram mt

This is a beautiful chapel built in 1880. The architecture of St. Aloysius Chapel can be compared with many other chapels in Rome. The chapel is filled with lovely paintings on all the walls, which is not something widely seen in other chapels in India. This chapel is dedicated to Aloysius Gonzaga who dedicated his life to the service of mankind. Aloysius college was also built in 1880. The Christian missionaries had an important role to play in the field of education during the pre-independence time.
PC: Haydn Blackey

Also known as Our Lady of Rosary Cathedral, this was the first Roman Catholic church built in the Canara region. Originally built in 1568, it is the oldest church in Karnataka. It is a legend that the image of Virgin Mary got caught in the nets of fishermen at the sea. It was retrieved and installed in the church later. Though the church was destroyed by Tipu Sultan in 1784, it was built again in 1813.
PC: Krishna Mohan

A gorgeous and clean beach on the Arabian Sea, Tannirbhavi beach is the place to go if you want to escape from the hustle bustle of Panambur beach. This beach has water sports facility too. There are many eateries you could grab a meal from. Convert the visit to a picnic and make sure to catch the sunset at the beach.
PC: Dr.himshree

Built by Tipu Sultan to prevent warships from entering the Gurpur river, Sultan Battery also served as a well-camouflaged watch-tower. It had all the facilities including loaded cannons. This fort is currently in ruins and is not maintained well. However, Tipu's well is still open for visitors.
PC: Premnath Kudva

Mangalore has some of the legendary restaurants and dining places. Do try Mangalore buns (golibaje), they are made of all-purpose flour and with minimal spices; it is surely a testament for "less is more". Pabbas in Mangalore is a famed ice-cream parlour. The Gudbud ice-cream here is simply fabulous. Chicken ghee roast is one dish we recommend you do not miss at all in Mangalore, if you are a non-vegetarian.
PC: Saint235