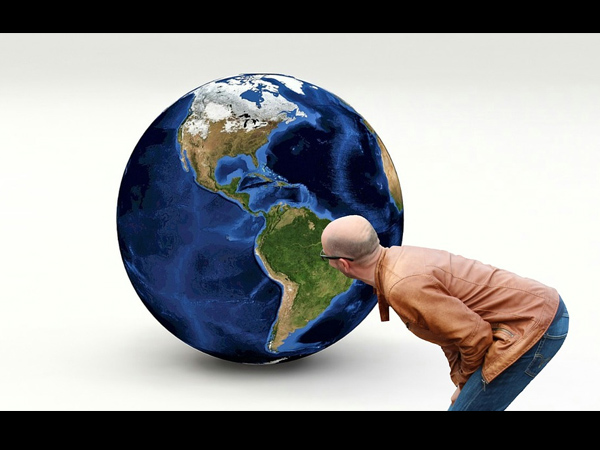 Many ground-breaking technologies at the dawn of the 21st century revolutionised our world and unshackled us from all kinds of time-consuming activities. And by laying information at our fingertips, it has made our lives easier, faster and better. With umpteen number of multi-functional devices like smartphones and smartwatches up for grabs, an android device has become a must-have commodity.

Besides, these smart devices, GPS technology has also had a significant impact on our day to day lives. It has freed us from the outdated compass and printed folding maps. More or less, become boon to our society. However, at the same time, it has made us gravely dependent on our cellular provider's data plan to use such helpful apps.

Studies show that 80% of the GPS apps will only work provided; it is connected to the network. What do we do when we arrive at a foreign land where data plans don't work? A fundamental question yet it required a much-needed answer! And to make it more convenient, many tech-savvy travellers worked on this issue and launched a great deal of GPS apps with offline map support.

These offline apps use phone's built-in GPS Radio (that works irrespective of the data) to find one's location and consequently, plot the required route on the map using the phone's memory. So, let's take a look at a few offline GPS navigation apps for Andriod that are making the rounds.

It is one of the most downloaded offline GPS navigation apps for Android. It is a free app. However, for the world map, you have to shell $50. Since it has collaborated with TomTom, it has the license to provide offline maps to every country in the world. It is a smart app that alerts you about the speed cameras, gas stations and restaurant. Thus, saving a lot of time and money. Besides that, it also offers free map updates, voice-guided GPS navigation and pedestrian GPS navigation for when you're on foot.

It is a free app and can be downloaded on the Play Store. This offline GPS navigation app for Andriod lets you download offline maps and provides information about your desired local destinations. Though it lacks coverage across the world, yet it still has offline maps available for most cities in the world. Unfortunately, features like voice-guided GPS navigation and pedestrian GPS navigation is available on the free version. Preferably you have to upgrade to a pro version so you can access the aforementioned features.

It is solely designed to assist drivers using cars and other vehicles. It is not meant for pedestrians. It offers accessible routes to avoid traffic, consequently helps you save time. Tagging on, this Offline Andriod GPS app also locates hotels, restaurants, gas stations and other places of interest. The free version provides a seven-day trial version of premium features that includes 3D navigation. And once that expires the 3D map downgrades to 2D map.

Though it is primarily meant to locate roads of North America and Europe, this offline GPS navigation app for Android provides coverage for 100 countries and maps of 1300 cities across the world. It is a free app that can be downloaded on the Play Store. HERE WeGo app offers direction, car-sharing fares, transportation ticket fares and alerts you about the hotels, restaurants, gas stations and speed cameras.

Offering maps for more than 56 cities in Europe and 53 in the Americas, this offline GPS app for Android is one of the most downloaded by android users. It also has staple features like directions, maps, and routes. However, when you install it, it prompts you to download maps from your phone's memory, as it doesn't have online maps inbuilt in the system. Nevertheless, it makes a great android app for travelling.

This is one of the most installed GPS navigation apps for android systems. It is free, useful and worth downloading. It offers staple features such as re-routing calculation, voice navigation and public transportation. You will also be alerted about the restaurants, hotels and ATMs, and other places of interest. It features a plugin that shows route maps of many tourist attractions.