8 Traditional Dishes That Are Synonymous With North India 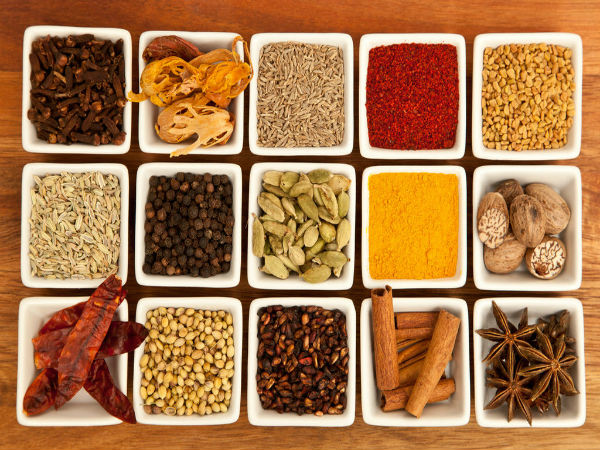 Be it a wedding, ritual or religious ceremony; a feast is conducted to celebrate every propitious occasion in India. Moreover, Indians are blessed with many festivities; consequently, they indulge in some mouth-watering food, around the year. And thanks to India's changing demography, tourists and travellers can find unique and delicious cuisines across India. Many states prefer meat dishes, some focus on sweets and a few are famous for fruit delicacies.

However, North India is one such region, where food ranging from main courses to roadsides snacks, is something a food lover cannot resist. As an epicure, you may have your favourites, but North India, as a whole, offers anything to everything; you are sure to fall in love with its cuisine.

Here are 8 traditional dishes that are synonymous with North India.

Chicken Butter Masala or Murg Makhani is the holy grail for any non-vegetarian. Chicken Butter Masala is usually served with Naan or Rumali Roti. Kasuri methi or Fenugreek leaves and Kashmiri red chilli powder are added to the spicy gravy and tender chicken, to enrich the flavour and colour to the dish, respectively. Prepared with fresh cream and spices, this world-renowned Indian dish is a mouth-watering recipe that is bound to leave you craving for more.

Whether you live in South or East India, if you haven't had Chole Bature, then you must be living under a rock. It is a combination of crispy fried Bhature and chole or chickpeas, spiced with gravy, a glob of butter and a dash of Lemon juice. Even a serving of onions and pickle go well with the delicious dish. Though it is a staple food in North India, it has evolved as a favourite among millions across India.

Tandoori Chicken/Tikka Masala, which originated in the state of Punjab, is one of the commonly eaten food across India. It is one of the oldest recipes in the list, and has evolved and made its way into the kitchens and invariably our hearts. The chicken that is marinated in curd is basted with spices like red chilli powder and cayenne pepper, and then it is barbequed until the meat is well-cooked. It is a popular dish during festivities and family get-togethers.

Be it for breakfast, lunch or dinner; this flaky flatbread is sure to satisfy your appetite. When served with Chicken Butter Masala, Parathas tastes heavenly. It can be relished with pickle and curd too. However, Parathas can be stuffed with plenty of vegetables and spices like aloo, gobi, onion, muli, methi, paneer, or even chicken for those who love their non-veg.

According to a survey, 9 out of 10 people in North India, have eaten Rajma Chawal at least once in their lifetime. That says a lot about this recipe. Rajma or Red Kidney Beans, rich in protein and iron, is served with steamed rice or bread to make a wholesome meal for the entire family. A glob of fresh cream added to the simmering gravy transcends the dish to the next level.

It is one of the most ordered snacks around India. Dahi Vada, which is also popular among South Indians, is a North Indian Delicacy. The deep-fried Vada is soaked in curd and topped with tamarind and coriander chutney. Besides its enticing texture, Dhai Vada is delicious and has a tangy taste, thanks to chaat masala and black salt.

Lassi, a traditional refreshment that originated in Punjab, comes in various flavours. Lassi is a blend of yoghurt, water and spices to create platable flavours and is usually served in Kulhad ( clay glass). From sweet and salt to fruity and flavoured, Lassi comes in many avatars. It provides much-required relief from the scorching heat of summers.

There are two well known Biriyanis in India, Hyderabadi and Awadhi. However, Awadhi Biriyani is the most ordered and consumed Biryani in North India. The tenderly cooked meat is infused with spices and long-grained Basmati, creating a royal dish called Awadhi or Lucknowi Biriyani, which is a feast by itself. Originating in Lucknow, this delicious Biriyani emanates sweet-smelling aroma that is sure to stir the excitement of your taste buds.