Nativeplanet
»
Travel guide
»Fiji: A Land Of Over 300 Islands 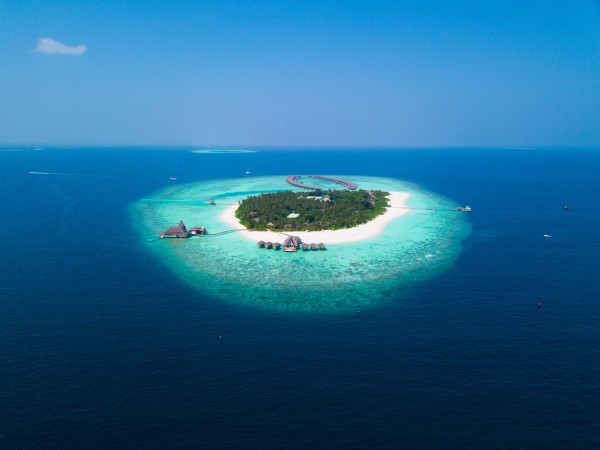 Fiji is made up of a group of more than 300 islands in the South Pacific archipelago. Only 110 of them are inhabited, the remainder still has their natural beauty and charm. Eastern, Western, Northern, and Central are the four districts that make up the Republic of Fiji. The 14 provinces are then broken up into these. Rotuma Island stands out on its own. It is a dependent territory with some degree of autonomy.

The majority of the population resides on Viti Levu and Vanua, two major islands. Suva, the nation's capital, and Nadi, where the airport is located, are both located in Vanuatu. On Vanua Levu and Taveuni, there are still regions that are geothermally active since the Islands were produced by volcanic activity. The South Pacific island groupings create a "horseshoe" shape and are clustered around the inland Koro Sea. The volcanic origin of Fiji is responsible for this peculiar appearance.

Fiji is a destination for eco-conscious travelers since it is at the forefront of the fight against global warming. This South Pacific paradise respects the environment, and environmental organizations collaborate closely with hotels and the local population. In addition to isolated islands and pristine natural experiences like mountain treks and exploring marine parks, the outcome is incredibly fresh food, air, and water.

The great chief Lutunasobasoba is credited with leading his people to the new nation of Fiji, according to Fijian folklore. The majority of experts believe that individuals entered the Pacific through the Malay Peninsula after leaving Southeast Asia. Long before the advent of the Europeans, the Melanesians and the Polynesians combined to form a highly advanced civilization in this location.

It was through an accident that the Fiji group was discovered by the Europeans. Abel Tasman, a Dutch explorer, and English navigators, especially Captain James Cook, made the first of these discoveries in 1643. Cook later made more voyages in the 18th century.

Captain William Bligh, who traveled through Fiji after the rebellion on the Bounty in 1789, deserves the majority of the credit for discovering and charting the islands. Runaway prisoners from the Australian penal colonies and shipwrecked sailors were the first Europeans to land and dwell among the Fijians. By the middle of the 19th century, traders and missionaries were arriving.

The practice of cannibalism in Fiji at the time quickly vanished as missionaries gained power. Tribal violence ended once Ratu Seru Cakobau converted to Christianity in 1854, and the rest of the nation quickly did the same.

Indians arrived as indentured laborers to work on the sugar plantations between 1879 and 1916. Many people continued to work as independent farmers and businesspeople after the indentured system was ended. They make up 43.6% of the population as of right now.

How to Reach Fiji:

By Air: The primary airport for connecting to all neighboring nations is Nadi International Airport.

By water: From Australia's shore connection, you can travel by boat into the country.

The best time to visit Fiji: