Fastest High-speed Trains in the World 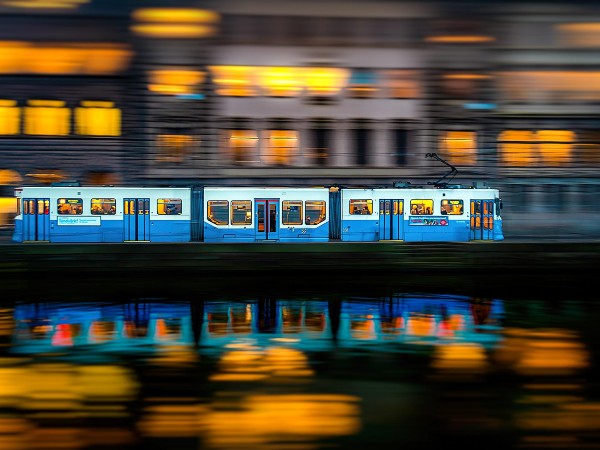 Ever thought what can be the speed of the World's Fastest High- speed train?

Ever imagined how it will feel to sit on a train with a speed of 374 miles per hour?

What if a journey that requires hours can be done in minutes with complete safety?

We do understand your thoughts and therefore, today we will talk about the fastest high-speed trains in the world where people are travelling from one place to another in just a few minutes with advanced technology and intense machinery.

Though the first high-speed rail system called the "Bullet train" was established in Japan but since then many countries including China, France, etc have successfully developed high-speed trains to link major cities in their countries.

Here is the list of the fastest high-speed trains in the world:

Having their nicknames as "Blue/Red Dolphin" & "Golden Phoenix", the CR400AF and CR400BF during their testing reached 260 miles per hour though regularly run at a speed of 220 miles per hour between Beijing South & Shanghai Hongqiao Station.

Making South Korea the fourth country after After France in Europe, Japan, and China to develop a high-speed train, HEMU-430X during its test run back in 2013, HEMU-430X reached a speed of 262 miles per hour securing its place in the list of fastest high-speed trains in the entire world wherein the HEMU stands for High-Speed Electric Multiple Unit.

Also known as Shanghai Transrapid, Shanghai Maglev is the oldest maglev still in operation, which is the only Maglev line in commercial use as per reports. Shanghai Maglev train runs without wheels using magnetic levitation technology. The Train runs between Longyang Road Station to Pudong International Airport covering a distance of 19 miles in just 8 minutes.

Also called Harmony, CRH380A Hexie from china reached a speed of 302 miles per hour during its testing. Though currently for commercial operations it runs at a speed of 236 miles per hour. CRH380A Hexie is a part of one of the 4 Chinese trains designed to be high speed which uses different technology from Siemens, Hitachi, etc. The other 3 names with CRH380A are CRH380B, CRH380C, and CRH380D.

Operating between Paris, Eastern France, & Southern Germany by the French rail company, TGV POS once set a World record in 2007 with a sunning speed of 357 miles per hour. Though currently, it runs with an average speed of 200 miles per hour, but yes, it has stolen the charm and secured its position on top in the list of fastest high-speed trains in the world.