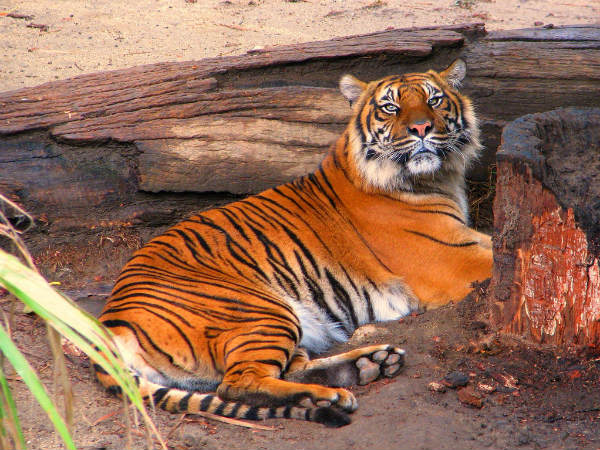 Didn't we love the characters of Shere Khan from Jungle Book or the Tigress in Kung Fu Panda? Yes, such is the charm of tigers. Unfortunately, the big cats are also hit by the increasing globalisation and their numbers have decreased. 'Save Tigers' campaign and the tiger reserves have been major contributors in protecting tigers in the recent years. Many such programmes have shown positive results and we are able to find a sizeable population of tigers in India.

To mark the International Tiger Day or Global Tiger Day which is held on 29th July every year, let us travel to some famous tiger reserves in North East India.

The lush green forests of Dampa was declared as Dampa Tiger Reserve in 1994. Since then, it has been one of the largest tiger reserves in North East India. The Project Tiger initiative by the Indian government has helped in retaining the tiger popular in several places across the country. Dampha or Dampa Tiger Reserve is also one of the largest wildlife sanctuaries in Mizoram.

Dampa Tiger Reserve is also home to many birds

How to Reach Dampa Tiger Reserve

Dampa Tiger Reserve in 130km from Aizawl, the capital of Mizoram.

On the banks of Pakke River is the vast Pakui Wildlife Sanctuary.Pakui Tiger Reserve is wrapped by the nature's bounty. It is a rich vegetation bordered by the Nameri National Park in Assam and Eaglenest Wildlife Sanctuary to the north.

Pakui also known as Pakke Wildlife Sanctuary in the Eastern Himalayan region of Arunachal Pradesh is one of the best tiger reserves in North East India. Apart from the tigers, the sanctuary is also a home to clouded leopards, leopards, the capped langur, Assamese Macaques and a number of birds.

How to Reach Pakui Tiger Reserve

Orang National Park is known as Mini Kaziranga Park as it has the sizeable population of Indian rhinoceros on the Northern side of Brahmaputra river. Though it is not a tiger reserve, it has a decent population of tigers.

How to Reach Orang National Park

The biodiversity hotspot of Namdapha National Park is a home to varied flora and fauna. The evergreen rainforests of Eastern Himalayan region has been a big contributor in protecting several species of wildlife in Arunachal Pradesh. Namdapha Tiger Reserve is a prominent part of this rich heritage. It is also one of the popular wildlife destinations in North East India.

How to Reach Namdapha National Park

It is an excitement to see tigers in their natural habitat but please remember not to disturb the animals in anyway. As tourists we tend to get more enthusiastic but its better to watch them from a distance.

Please donot violate any rules as you might get hurt or attacked. So, do follow the regulations strictly when you go to a wildlife destination.