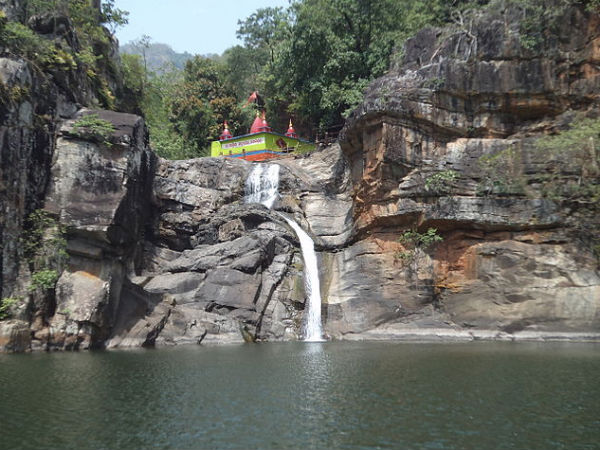 Odisha is rich in culture and heritage; its contribution to art and architecture is huge! The state is noted for the unique temple architectures that are well-known in the tourism circuit. Now is the festival time and the time for Goddess worship. So, let us make a tour around three famous goddess temples in Odisha (Orissa) this Navratri 2016!

The mythological story of Sati's self-immolation is said to be the reason behind the creation of Shakti Peethas in India. These shrines have great importance in Shakta and Tantric traditions as the Mother Goddess is the centre of Shakta culture. Bimala or Vimala Temple located within the Jagannatha Temple premises in Puri, it is believed to be one of the four Adi-Shakti Peethas in India. Goddess Bimala Temple is located in the South West Corner of Jagannatha Temple complex and has always been an important shrine in Odisha. In fact, Goddess Bimala is the presiding goddess of Govardhana Math in Puri founded by Sri Shankarchaya.

How to Reach Jagannatha Temple in Puri

Jagannatha Temple is the most prominent religious places in Puri. The city is well-connected to other parts of the country.

Devi Ambika Temple is dedicated to Goddess Durga who is known as Ambika. This shrine is not just a pilgrimage site but also a famous picnic spot in Mayurbhanj in Odisha! A city named Baripada in the region of Mayurbhanj is popular for the grand Jagannath Yatra, similar to the one in Puri. Devi Ambika Temple in Devkund is perched on a hill along with a waterfall cascading below the temple. Devkund means the 'bathtub of Gods and Goddesses' and truly this is a picturesque spot in Orissa. Hence, Devi Ambika Temple is one of the famous Goddess Temples in Odisha.

Udala is the nearest town to Devkund. Buses are available from Puri and Baripada to reach Udala on a regular basis. The city of Baripada is around 60km from Devkund. Tourists can reach Baripada by train or bus and from there hire a private vehicle to reach Devkund. Visitors can also go to Udala by bus and take local jeeps from there to reach Devkund.

Tara Tarini Temple has a lot of significance for the followers of Tantric or Shakta traditions. It is also one of the four Adi-Peethas among the 51 Shakthi Peethas in India. Here the Goddess is worshipped in the form of Tara Devi.

According to mythology, Sati's breasts fell at this place and the shrine was created. Hence, Tara Devi is called as the Breast Goddess and the place is known as Sthana Peetha. Tara Tarini Temple is located in Berhampur at Ganjam and has a great importance among the devi worshippers.

How to Reach Tara Tarini Temple

Berhampur (Brahmapur) is located around 172km from Bhubaneshwar. It is one of the oldest cities in Odisha and hence well-connected with other places in the state. Tara Tarini Temple is around 30km from the Berhampur city centre.

On the eve of Navratri, goddesses are offered special prayers and worship. Dusshera or Navratri is one of the prime festivals which is celebrated all over India. These devi temples are unique and are the must-visit religious places in Odisha.