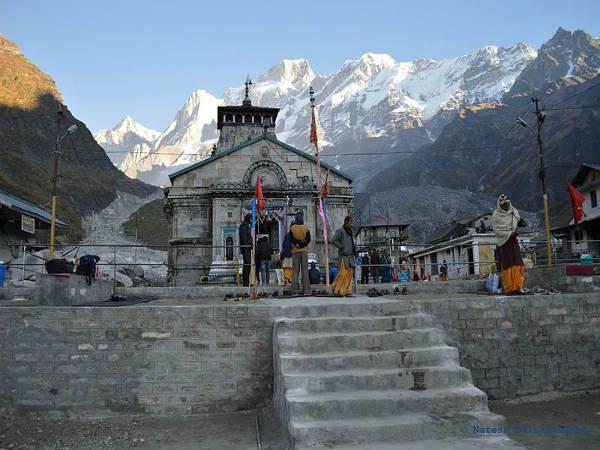 Kedarnath is one among the Hindu Char Dham Yatra (pilgrimage), and it is also one of the temples situated in the high altitude. Though it is believed to be created by the Pandavas of Mahabharata, the present temple is designed by Adi Guru Shankaracharya.

Let us know some interesting facts about Kedarnath which will surprise you to the core!

The unpredictable extreme weather conditions don't allow anyone to reach Kedarnath easily. In fact, one cloudburst is enough to fill Kedarnath temple premises with water and rocks. In 2013, Kedarnath was hit by a massive natural calamity.

Sadly, a major part of the town of Kedarnath was destroyed during the floods; the temple was not strongly hit. Footages reveal that a big rock behind the temple diverted the massive floods of water coming towards the shrine.

Some religious scholars also feel that the shrine remains protected no matter what happens because Lord Shiva, as the presiding deity of Kedarnath, is securing the temple. However, we have no choice but to question this unscientific thought process as thousands of people were killed at Kedarnath during the calamities in 2013. Even the temple surroundings were brimming with dead bodies. It was after that the government had to renovate the temple.

According to scientists and scholars, the temple is engulfed by the negative spirits because of the dead bodies which have accumulated under the debris. They suggest that the premises has to be cleared of such bodies and then do a purification process before constructing Kedarnath temple, one among the 12 Jyotirlingas in India.

Mythological tales take us back to Mahabharata: The Pandavas travel to Kashi in search of Lord Shiva after the great war of Kurukshetra. Their intention was to get absolvation from all the sins created by war. Upon knowing this, Lord Shiva escapes to Uttarakhand by transfiguring himself in the form of a bull.

Pandavas get to know this information and follow the lead from Kashi to Uttarakhand. Later, they identified the bull as Lord Shiva and begin to pray for his blessings. In fact, today's Guptakashi is the place where Pandavas found the bull. Finally, they succeed in pleasing the Lord and attain liberation.

Significantly, a triangular shaped Linga is worshipped as Kedarnath. It is a strong belief that if you pray here with a pure heart you are forgiven from all the sins. Later, they will go to Kailasa (heaven) after their death.

April to September is the best time to visit Kedarnath. However, it is better to check for the weather conditions before planning the trip.

How to Reach Kedarnath

Kedarnath is one the banks of the river Mandakini. Even though most of the distance is accessible by road, the last 14 km have to be reached through the trek.

In the winter season, the climate will be freezing cold. None of the roads are visible in this season. Hence, Kedarnath temple is closed for six months in a year. All the other idols are kept and worshipped in Ukhimath during these months.