Nativeplanet
»
Travel guide
»Explore The Lake Of No Return – India's Own Bermuda Triangle!

Explore The Lake Of No Return – India's Own Bermuda Triangle! 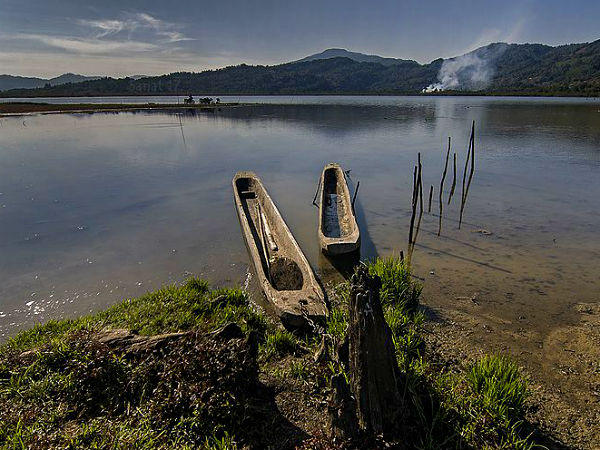 Mystery has always been one of the most loved genre of stories that mankind has loved from time immemorial. Anything mysterious, be it a story from a distant land or something that happens in our regular life, piques our curiosity to no extent. If mystery is your cup of tea then the story of the Lake of No Return will certainly intrigue you.

Located on the border of Arunachal Pradesh and in the Changlang district, Lake of No Return is a waterbody that partially comes under the area of Pansau, which is a small town on the border of Myanmar. You can see the lake from the Pansau Pass and it is located about 12 km from Nampng village. It is also referred to as India's Bermuda Triangle and here's why . . .

Origin Of The Lake's Name

One of the most accepted and known theories of the name is that, during the World War II, quite a few allied aircrafts crash-landed in this lake, which took away several lives. This theory has been repeated in Indian Press as well as in many American sources.

The name has three versions of its origin. According to one of those theories, after the war, a bunch of Japanese soldiers were returning and happened to lose their way. They winded up at the lake, where it is believed that they contracted malaria which ultimately led to their death.

Another version believes that a group of US Army soldiers were sent to the location in order to inspect the lake. These soldiers, who were working on the Ledo Road (the road which was used to supply Western Allies to the Chinese), got trapped by the undergrowth that was in the water. Though they tried to escape, they weren't successful.

Ancient Folklore Of The Lake

Apart from these theories, a folklore runs among the villagers. The tale that has been passed on for generations believes that long ago, a villager caught an extraordinarily big fish. The whole village was invited to feast on the fish, except an old woman and her granddaughter.

Angered by this, the guardian of the lake warned the two to run away from the village and the next day, the whole village was submerged in the lake. However, before leaving, the old woman threw her bamboo staff upside down in the lake, which the villagers believe till date grows inside the lake.

Myths and legends of the lake are being advertised in a hope to increase tourism in Arunachal Pradesh. The stories are believed to attract tourists to this local Bermuda Triangle.

Other Places To Visit In Changlang

Changlang is home to a World War II Cemetery that houses the burial ground of many soldiers who lost their lives in the war. Nampong is a picturesque village where you can revel in the lush greenery and pristine beauty of nature spread across the town.

You can also visit the Namdapha National Park, which is located around 80 km from Changlang. It is one of the largest national parks of the Northeast that covers about 2000 sq km and has a rich biodiversity.

If you happen to visit Pangsau Pass in January, then don't miss out on the 3-day-long Pangsau Pass Winter Festival. It is a festival that encourages and promotes local tribes, their culture and builds better ties between Myanmar and India.